King Promise finally reveals the kind of relationship he has with Mr. Eazi 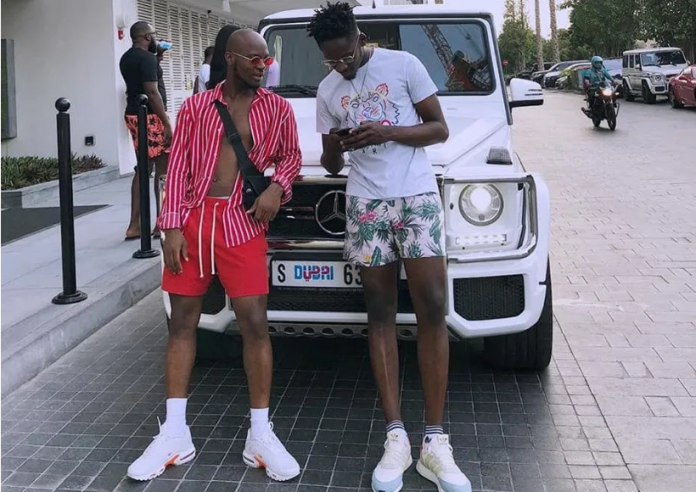 Ghanaian singer and songwriter, King Promise known in real life as Gregory Bortey Newman has disclosed to Amansan Krakye the kind of relationship that exists between him and Nigerian Superstar, Mr. Eazi.

Sharing his thoughts about his relationship with the emPawa Africa music label boss, King Promise said that Mr Eazi is one of his best friends and they’ve known each other for a long time.

‘Oh Yeah’ hitmaker, King Promise made these comments during an exclusive interview on Kastle FM in Cape Coast  when he was asked by the host why he’s mostly seen doing songs with Mr Eazi.

“Yeah Mr Eazi is one of my very closest friends. He’s my best friend and I have known him for a very long time,” he answered.

He added on the Kastle Drive show that “I’ve known Mr Eazi even before I did collaboration with him so he’s really a great friend of mine”.

Nigerian singer, Mr Eazi born Oluwatosin Ajibade and King Promise have a lot of amazing songs together such as ‘Oh yeah remix’, ‘Dabebi’, ‘Baby I’m jealous’, ‘Call waiting’ among others.