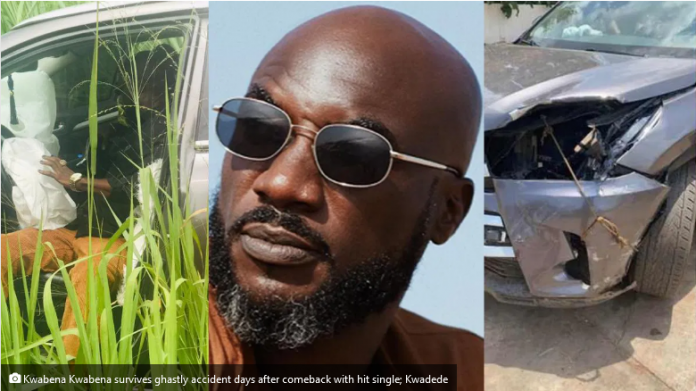 According to reports, the accident was said to have happened yesterday, Monday 31 May 2021 while he was returning from a funeral in Kumasi.

Further reports also have it that the accident occurred when the bonnet of a car in front of him was forced open.

The circumstance gave the driver goosebumps, and he slammed on the brakes, forcing the musician to crash into the rear of his car.

The ‘Kwadede’ hitmaker’s car was badly damaged but he escaped unhurt.