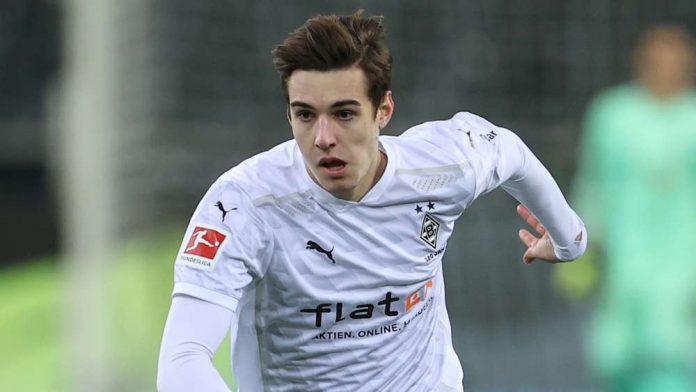 Neuhaus is attracting plenty of admirers from afar ahead of the summer transfer window, having just enjoyed another impressive campaign at Borussia Monchengladbach.

Liverpool are thought to be weighing up a bid for the 24-year-old, but the Allianz Arena has been touted as his most likely next destination, with it reported that Bayern have already struck a deal to bring him onto their books in 2022.

The German champions are said to be ready to trigger Neuhaus’ €40 million (£35m/$49m) release clause, but the talented playmaker claims to be fully committed to his contract at Gladbach – which is due to run until 2024.

“I read that my move to FC Bayern in 2022 was already a done deal. I can clearly deny that here and now,” Neuhaus told TZ.

“I haven’t signed a contract anywhere except with Borussia Mönchengladbach. I feel very much at home there at the moment.”

However, the Gladbach star went on to admit that he is open to returning to his boyhood home in upper Bavaria at some point in the future.

“Home is a very important point for me. I can well imagine living in Markt Kaufering again later,” he added.

“But I also found a piece of home in Dusseldorf [after a loan spell at Fortuna in 2017-18], where I met my girlfriend, and I feel very comfortable at Gladbach.”

Neuhaus has racked up 116 appearances across all competitions for Gladbach since joining the club from 1860 Munich in 2017.

The Germany international has contributed 16 goals to their cause, including eight in the 2020-21 season, and also has 20 assists to his name.

What else has Neuhaus said?

Neuhaus has won five caps for his country to date and has been included in Joachim Low’s squad for this summer’s European Championship, which is due to kick off on June 11.

The midfielder has been joined in the Germany camp by Bayern Munich’s Thomas Muller and Borussia Dortmund’s Mats Hummels, and he is delighted to have seen the duo called back into the international fold after a two-year exile.

“For Germany, the strongest players should always appear. I think we have a very good squad with a good mix,” said Neuhaus. “With Thomas and Mats, I wouldn’t always just emphasise their experience, they bring a lot more with them on and off the pitch.

“They can simply give a lot to the team with their footballing qualities. They are also two good guys who bring a good atmosphere to the team.”