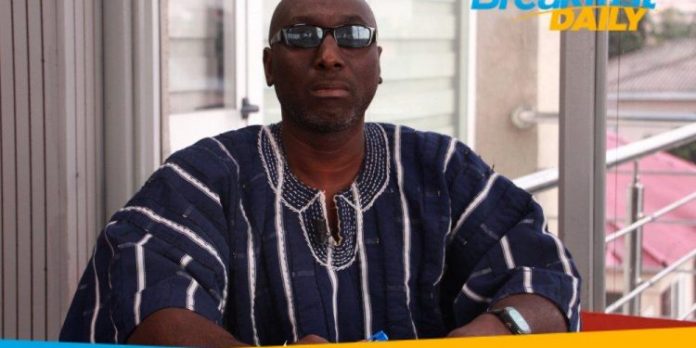 The Director of Legal Affairs for the opposition National Democratic Congress (NDC), Abraham Amaliba, has lambasted the Ghana Armed Forces for the appointment of Lieutenant Colonel Frank Agyeman, as the Commanding Officer of the 64 Infantry Battalion.

Mr. Amaliba insists the appointment is “shameful and an insult to Ghanaians.”

The temporary transfer of Lieutenant Colonel Frank Agyeman and three police officers to the Ministry was terminated for inappropriate conduct following the arrest and assault of Citi News’ Caleb Kudah, and the harassment of Zoe Abu Baidoo Addo, also a Citi FM journalist.

The statement that announced the decision of the National Security Ministry also directed that Lieutenant Colonel Frank Agyeman and the other officers must be probed further for the necessary actions to be taken.

It is unclear for now whether this further probe has taken place.

As a result, Lieutenant Colonel Frank Agyeman’s new appointment has come as a surprise to many Ghanaians who have criticized it.

Mr. Amailiba, speaking on Citi TV‘s Breakfast Daily programme on Tuesday, May 25, 2021, called on the Ghana Armed Forces to withdraw his appointment and ensure that he (Mr. Agyeman) is probed and sanctioned for his actions.

“Lt. Col Agyeman’s appointment is not just a disrespect to Ghanaians, but an insult to Ghanaians. Why Am I saying this? This is a gentleman who was seconded to the National Security and committed offences at the Secretariat and has been released of his duties at the Ministry, and then he goes back to his mother unit, and he is appointed rather than asking him to step aside so that investigations are conducted. This is shameful, an insult, and a disrespect to Ghanaians, and we should not allow this to happen.”

Caleb Kudah was arrested for filming some abandoned cars at the Ministry of National Security, a supposed restricted security zone.

He was at the Ministry to verify a claim by an official of MASLOC that all the cars had been given out, following complaints about the wastage of public funds on social media.

This is because Caleb had forwarded the footage he captured to Zoe via WhatsApp.

Following his release, Caleb recounted harrowing experiences during his time with the National Security operatives, saying he was slapped several times and kicked in the groin.