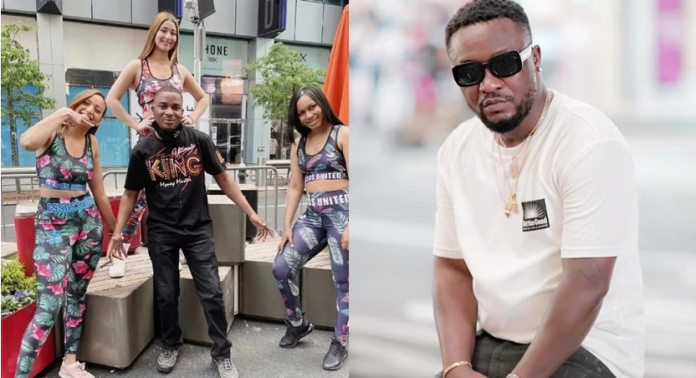 Archipalago has descended on Twene Jonas over his latest antics and insult controversy but most fans are not agreeing with Mufasa.

In just 3 days, Archipalago has posted over 9 times about Twene Jonas and has now followed it with a 26 minutes video, in which he says he says he is advising Jonas to change his ways from insulting the leaders.

“I command that Jonas guy to stop insulting the leaders, he should continue acting tough behind the camera, one day he will realize he made a fool of himself,” he wrote and in another post, he said, “I think that guy needs help.. he must be mentally unstable cos no rational human being can be doing what he’s been doing, if not then he’s really addicted to social media attention!!!”

In the new Facebook live video, Archipalago who has also relocated to the U.S is saying that “me I have been there and done that, it’s not insulting that will make the leaders do the right thing“.

A fan commenting on his post said ‘masa stop the envy’ and he replied “me enny? what does he have that I don’t have? He doesn’t anything more than me so how am I envying him? I am just putting him on his toes“.

Though others agree with Archipalago, the majority of the viewers of his video above disagree with his comments as some say that Twene Jonas has dethroned him on social media and all his comments about him are to chase clout.

Replying some of the Twene Jonas supporters who are attacking him, Archipalago says that “You can insult me all you want but that won’t stop me, I will continue to put sense in that Jonas guy’s head for him to reason!!!!.. Mode3 s3 moano!”

Amidst it all, Jonas has not responded to Archipalago. See screenshot of some of the comments below of fans telling Archipalago to leave Jonas alone.