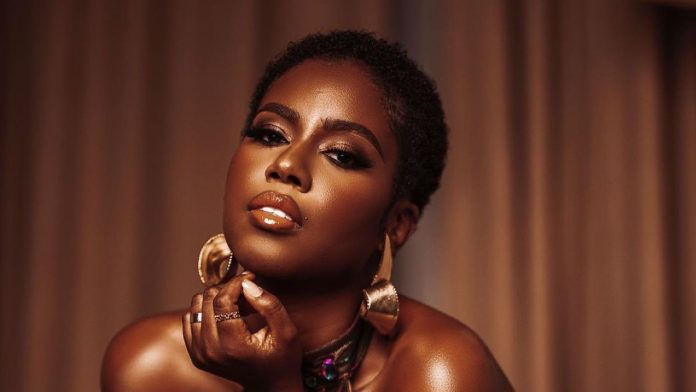 MzVee has unveiled the official tracklist for forthcoming album “10 Thirty”, which is due for a June 26 global premiere. Pre-order “10 Thirty” here: https://mzvee.lnk.to/10Thirty

Receiving further contributions from, local artistes Kwesi Arthur, Kofi Kinata, and Stonebwoy, and other African talents including Yemi Alade, Tiwa Savage, Harmonize, the 10-track album is expected to be a thriving representation of her own artistic soul, her motivations, and inevitably, celebrating a decade in the music industry.

“10 years.. 10 solid tracks,” MzVee said in a tweet unveiling the tracklist. There’s something in there for everyone. Thank you to my producer Kizzy Beat and to all the amazing artists who featured on this amazing album.”

“10 Thirty” will be the celebrated singer’s sophomore album after parting ways with her former label, Lynx Entertainment. After going on a long hiatus to battle depression, she returned in 2020 with the “inVeecible” album. It featured Sarkodie, Mugeez, Efya, Medikal, Kelvyn Boy, Kojo Funds, as well as Falz and Navy Kenzoo.

MzVee’s music contains elements of afropop, R&B and dancehall and her strong vocal abilities earned her a nomination for ‘Female Vocalist of the Year’ at the 2015 Ghana Music Awards. Her impressive rise to the top continued with a nomination in June 2015 in the ‘Best International New Artist’ category at the BET Awards 2015.