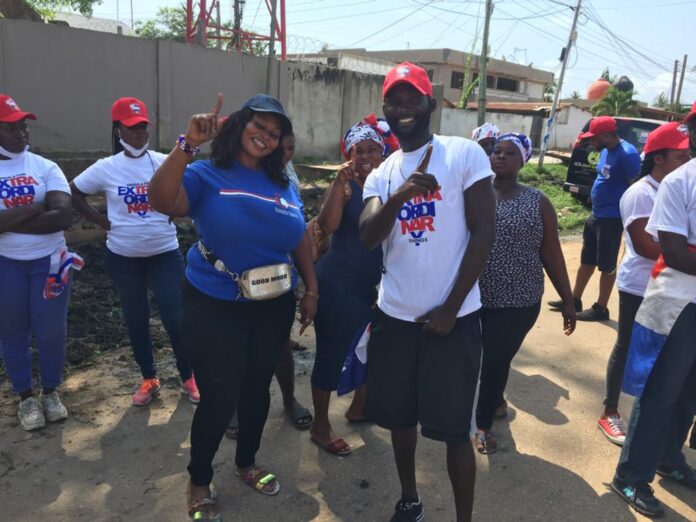 The Nightingale Campaign team, a volunteer group of the Ablekuma West New Patriotic Party (NPP), in the Greater Accra region has held a massive clean-up exercise in the constituency as part of efforts to deepen sanitation consciousness.

According to Mr. William Adu who is the founder of the group and doubles as the Ablekuma West Constituency Treasurer,the prime object of the exercise was to sanitise the area and to further help impact positively on the lives of residents in order to prevent diseases.

The event which was held during the weekend recorded a huge turn out in the area with a display of youthful enthusiasm throughout the period of the sanitation campaign.

In an interview with the media, William Adu stated that during the exercise, the group swept the streets and the surroundings.

“We also distilled the drains in and around Sahara and it environs which usually experiences flooding during rains” he said.

He expressed his profound gratitude to the various youth groups and individuals who helped to make the event a big success.

The constituency secretary for NPP Ablekuma West Constituency, Fred Tetteh also stressed on the need to give four more years to President Nana Addo Dankwa Akuffo-Addo and the Member of Parliament for the constituency, Ursula Owusu Ekuful to continue with their massive developments within the constituency.