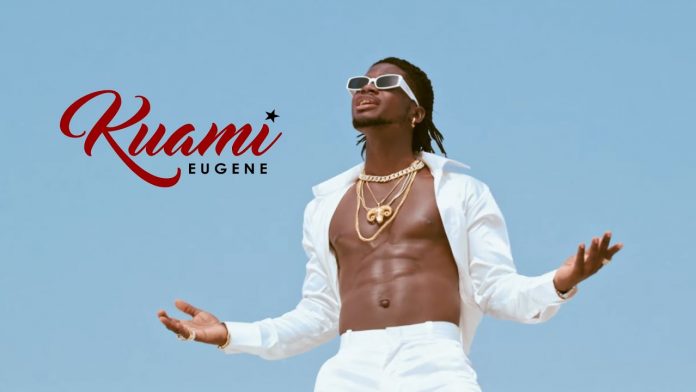 There had been a long-held perception that the careers of winners of the ultimate Artiste of the Year Award at the annual Ghana Music Awards were jinxed.

However, rapper Sarkodie has broken that jinx by having an enduring career even after winning the Artiste of the Year award twice, in 2010 and 2012. Now Lynx Entertainment signee, Kuami Eugene, is looking to do same should he be named Artiste of the Year at this year’s edition.

Kuami Eugene won the title last year and speaking with Graphic Showbiz recently about his chances, the Open Gate hitmaker said he was not perturbed by any curse because “hard work pays”.

“People can choose what they want to believe but whatever it is, I believe hard work is the solution to whatever jinx people think exists.

“I won the Artiste of the Year Award last year and I’m competing for the same award this year because I worked very hard in the year under review. If I became complacent and didn’t put a lot of effort into my work, then obviously, I would not have been contending for the award this year.

“Basically, it boils down to hard work and after last year, I never joked with my work as the reigning Artiste of the Year. I put double effort in my works so that my performance in the year under review reflected my status,” he stated.

In the history of the Ghana Music Awards, Sarkodie has won the Artiste of the Year two times, and Hiplife group VVIP also won in 2004 and 2011.

However, no artiste has won the award back to back but Kuami Eugene, who is contesting against the likes of Adina, KiDi, Diana Hamilton, Medikal and Sarkodie, is very hopeful of changing the narrative.

Every human being wishes well for him/herself and so I’m looking forward to winning the Artiste of the Year award. If it happens the second time, I will be so much grateful and give glory to God. It will help me work harder since it will go to affirm how much people appreciate the effort I put into my craft,” he stated.

In 2018, Kuami Eugene came up against label mate KiDi in the New Artiste of the Year category where he won and three years later, the two are contending for the top prize. Speaking on it, Kuami Eugene said it was all good.

“There’s no pressure for me competing with KiDi in the same category because even though people see it as competition, I view it as a reward for hard work. Besides, he equally deserves such a reward because he has worked as hard as I have,” he added.