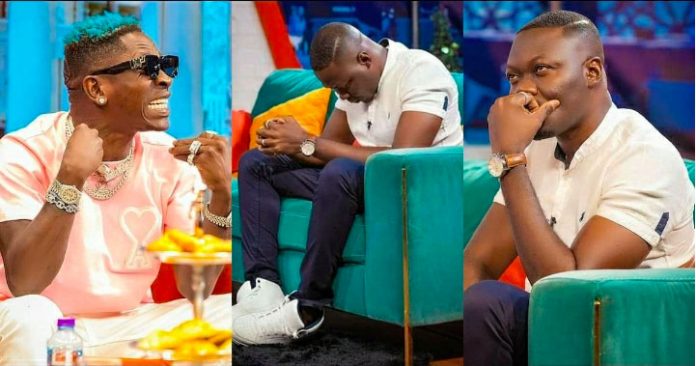 This was after the latter described him as the most “confused and inconsistent” Ghanaian artiste.

Shatta Wale recently came under heavy criticism over statements he made during his State of the Industry Address weeks ago.

That and other aspects of the address got Arnold to throw some jabs at Shatta Wale, calling him a confused artiste.

When they appeared on UTV, Shatta Wale said he deserved an apology from Arnold because he criticised him wrongly.

He continued that he knew Ghana had a unique genre but mistakenly failed to mention it in his State of the Industry Address.

According to him, the unique genre which he is angling for is an umbrella term for all the musical genres present in the country. A musical passport on which all musicians in the country can travel.

Shatta Wale then asked Arnold to apologise for his comments. But Arnold didn’t because his earlier comments to Shatta were based on what he put out during the State of Industry Address.

Things quickly escalated in the studio, with Shatta Wale dragging Arnold all the way to his shoes.
He said, “An elder like me, you should apologise! Orsi Hwe? Because you see me as your child. Arnold, the money I see you haven’t seen some before. Look at the ugly shoe you are wearing. Your GH¢2.50p shoe. You for respect (sic).”

“You think somebody be your boy, it’s only on TV that you can do this (sic),” an angry Shatta Wale said.

But Arnold stood his ground on his submissions. “We are tired of everyday streets. All you can do is call your boys, you can’t scare anyone here,” Arnold told Shatta.

Calm was however restored, as the conversation on how to brand the music space continued.