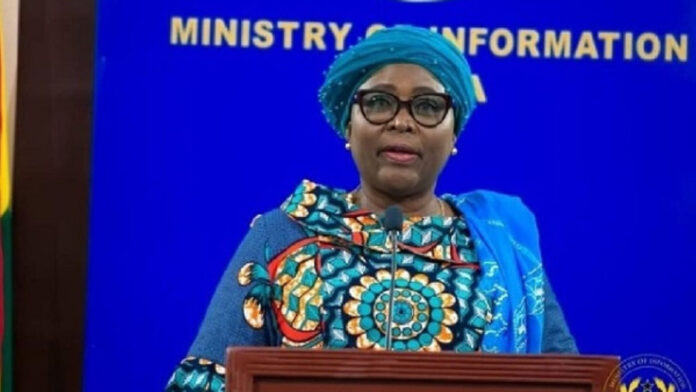 The Minister for Local Government and Rural Development who is also the MP for Nalerigu/Gambaga, Hajiah Halima Mahama has revealed that, the people of the North East Region will reward the president with choosing Dr Bawumia as the NPP running mate and Vice President of Ghana.

According to her, Dr Bawumia is a son of the land whom the people holds dear to their heart and with that reason will win the votes for the president and their parliamentary candidates within the North East Region.

The MP for Nalerigu/Gambaga was speaking to Oman FM news after the sod cutting ceremony for the construction of the Solid waste treatment plants at the North East Region.

Hajia Halima Mahama stressed that, after choosing the Running mate from the region has also been blessed with numerous developmental projects by the President which she says is enough for the people to be grateful for.

She added that, ahead of the elections, the people of the North East Region will reward the government of the Nana Addo led administration by giving them four more years and give her extra four more years to retain her Nalerigu/Gambaga seat for the Party in the upcoming elections.