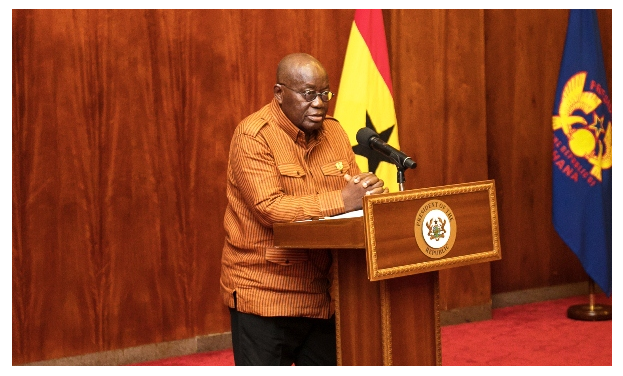 The National Union of Ghana Students (NUGS), has called on President Akufo-Addo to intervene in the UTAG strike and find a lasting solution to their problems.

While commending the Ministry of Education for getting UTAG back to the negotiating table, the student body wants parties in the conflict to drop entrenched positions taken.

President of NUGS, Emmanuel Yiadom-Boakye, wants a speedy resolution of the impasse.

He made the appeal when a delegation from NUGS called on President Akufo-Addo at the Jubilee House on Thursday, August 19, 2021. Mr. Yiadom-Boakye expressed worry about the astronomical increase in hostel fees, blaming it, “on artificial shortage of hostels by the University management’’.

Mr. Yiadom-Boakye called for a probe into the mass failure in the Teacher Licensure Examinations, describing it as, “worrying’’.

The Minister of Education, Dr. Yaw Osei Adutwum said steps are being taken to address the issue of mass failure in the Teacher Licensure Examinations. He said practice questions would be provided to the teachers to bring them up to speed with requirements, but clarified that “the standards would not be compromised’’.

President Akufo-Addo commended UTAG for returning to the negotiating table. He was hopeful that government agencies and the University Teachers Association of Ghana will come up with a binding agreement to address their grievances.

“All of us are happy that UTAG has suspended the strike after a long-drawn-out negotiation and we are hoping that some binding agreement will be reached because a roadmap has been established and hopefully both parties will ensure the implementation of the roadmap. It is in the interest of all of us that there is no disruption to the academic calendar in our tertiary institutions and that the teachers have what it takes to be able to discharge this important obligation of raising the next crop of leaders because this is in all of our interest,’’ President Akufo Addo stated.

UTAG agreed to take steps to suspend the ongoing strike whilst the Employment and Labour Relations Ministry, in conjunction with the National Labour Commission (NLC) took appropriate steps to discontinue all legal processes against the Association.

UTAG has been on strike in the past weeks, requesting that government restore the conditions of service agreed upon in 2012 which they said is far better than what pertains currently.