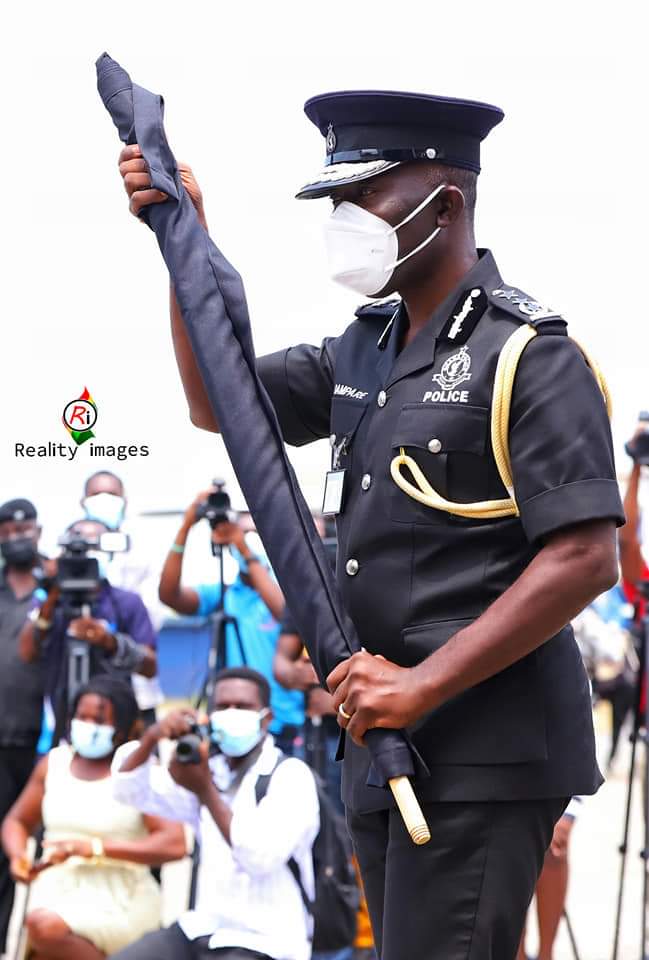 Today marks your first official day at work and it’s just proper that I write to officially welcome you to a seat many believe God has long prepared you for.

As is the case with many first-day-at-post rituals, I know you have said your prayers, committing your seat into God’s hands already.

For those who know you long before your recent elevation, they say you have always reserved a ‘special seat’ for God in all the offices you have occupied in the past.

We also suspect, albeit with some certainty, that the special ‘Seat of God’ may have been moved to your new office already.

The fact is, we all know you will need it because what lies ahead of you as an IGP in Ghana is not that which can be achieved with flesh and blood only – the God factor is key.

But, as you rely on God to see you through this journey, note that the challenges that will confront you will be more of ‘flesh and blood’ than ‘spiritual’.

These are the things I now write to remind you of. I know you will be busy so I’ll keep it very simple and short.

What your predecessor may or may not have told you

Do you remember the advice COP (Rtd) James Oppong-Boanuh gave you four days ago during his pulling-out ceremony?

Take them with all the seriousness that they deserve.

For the purposes of emphasis, I wish to recap his advice to you.

I remember him telling you to “court the support and inclusion of every Officer for the success of your tenure as he also warned you against exclusionist tendencies. Don’t take his words lightly.

But, did he also tell you why his administration was unable to advertise vacancies for enlistment or recruitment into the Service for, close to three years, even though the nation has witnessed many passing out ceremonies within the same period?

Perhaps he has, but if he hasn’t, may I inform you that it wasn’t because he didn’t want to, except to say that there were forces that prevented him from doing so.

Unfortunately for you, these ‘forces’, most of them, of darkness, are still lurking around and may want to push you along the same direction.

Your first test as an IGP will be whether or not you are able to transparently advertise the recently appropriated slot given to the Ghana Police Service for recruitment by Cabinet.

You need to pass that test!

Passing this test will give you enemies in very high places, enemies you have to defeat ab initio so they get to know your ‘no nonsense’ side.

As said by the famous Italian political philosopher, Niccolò Machiavelli, “it is better to be feared than loved, if you cannot be both”.

In case you do not know already, you are very popular among the junior ranks of the Service.

Since your appointment as acting IGP, I have spoken to not less than 20 officers who have all spoken highly of you.

The indication they all gave is those conversations are that you have their approval.

Now, that is the difficulty you will face: sustaining your approval rating among them, as well as the public.

Make the welfare of your men a priority as you did when you became the Director-General of the Service some time ago.

Do this by strengthening the Welfare Directorate to provide the needed support system for your men across the board.

Perhaps, I must tell you one thing that most junior officers have as an issue when we speak to them.

Your men feel the Police Service has a penchant for celebrating officers in death than it does when they escape near-death situations.

For example, I have spoken to an officer who came face-to-face with heavily armed robbers but got saved by some divine means.

The said policeman had his weapon taken away by the robbers. During the initial investigation and subsequent interrogation, the senior officer who was in charge of the case told him something that the junior officer always recounts out of pain.

“Why were you not killed; since you joined the police service, have you ever heard of this type of robbery where the policeman wasn’t killed?” was the question the senior officer posed to his traumatized junior colleague.

Many examples of perceived or real injustice abound among your men; figure them out and work towards a motivated Service.

You have taken over at a time when the Service is under pressure to solve the increasing spate of robberies and unexplained murders.

But, it is also the time that your men are crying for logistical support, some as basic as raincoats.

Do well to fix these things and you will remain the darling you have been in the eyes of your men and the public.

Dear IGP, as I indicated from the beginning of this letter, which will be the first of many, I intend to be as brief and brief I will be.

As I sign out, be assured of the fact that I’ll be your ear and eyes on this side of the divide, applauding and critiquing you, when I have to.

You have Ghana’s support.

Please, listen to your men!

But, above all, listen to your predecessor, COP (Rtd) James Oppong-Boanuh, who was a good man and officer, as well as the many others like him.

Watch and do these things and I have no doubt that you will succeed.

Wishing you all the best of luck.