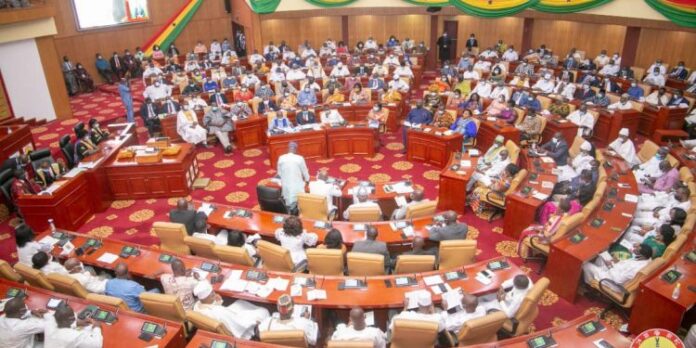 Parliament will later today, Thursday, January 21, 2021, fully debate and take a decision on a private member’s motion tabled by the Member of Parliament for Bawku Central, Mahama Ayariga.

The motion is seeking the suspension of the payment of fees for students in tertiary institutions for a year due to the impact of COVID-19.

The motion was moved on Wednesday but objections to it on grounds of competence delayed the debate.

The Speaker of Parliament, Alban Bagbin later announced that the motion had been admitted because it is competent and was properly submitted.

He said he will submit a written ruling on the matter after the debate.

“The motion has been properly submitted, it is properly before the House, it is competent, and I hereby call upon us to debate it and take a decision. You can reject, or you can adopt it with or without amendments. I will submit a written ruling in this matter.”

The NDC Caucus through their contributions are supporting the motion with arguments that the suspension of the fees is necessary due to the economic hardship imposed on parents by the COVID-19 pandemic.

The NPP side hold the view that such a measure would be unnecessary because the government has already provided enough support and interventions in the area of education due to the pandemic.

Mahama Ayariga, however, wants the NPP caucus to accept the motion because it will greatly relieve families that have been adversely impacted by COVID-19, particularly the incomes of households.

He wants the Akufo-Addo government to immediately take steps to suspend the application of fees and charges so that students could go back to school while the state takes steps to reimburse the universities.