Paul Pogba one of the best when in form – Ferdinand 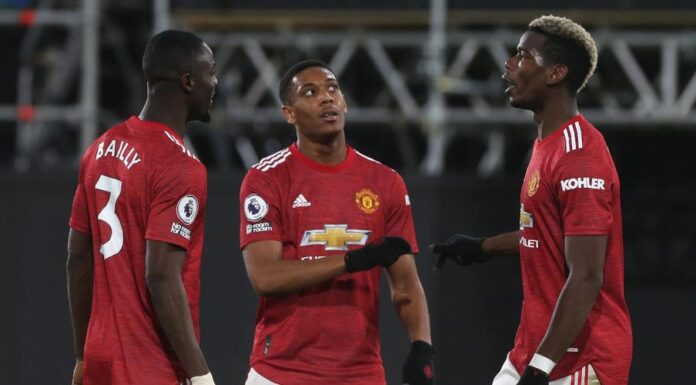 Manchester United manager Ole Gunnar Solskjaer may not be fully convinced Paul Pogba can hold down the central midfield role but his recent performances prove that when the Frenchman is in form there are few better, former defender Rio Ferdinand said.

Pogba scored with a blistering left-foot shot as United defeated Fulham 2-1 on Wednesday to return to the top of the Premier League table. He also scored the winner against Burnley last week.

“I don’t think Ole completely trusts him in the centre of midfield with the pace that some sides counter with … but in this game they felt they would dominate and so he can allow him to do it,” Ferdinand told BT Sport.

“The big difference is that he is playing quick, … the efficiency he is playing with is amazing. One of the best when he is in this form.”

Ferdinand said Pogba’s ego would have “taken a battering” as playmaker Bruno Fernandes took the plaudits, while he was struggling for regular first-team opportunities earlier in the season.

“But he loves the game and wants to showcase his talent. If he’s got the platform, the players around him that allow him to thrive, he can do it.”