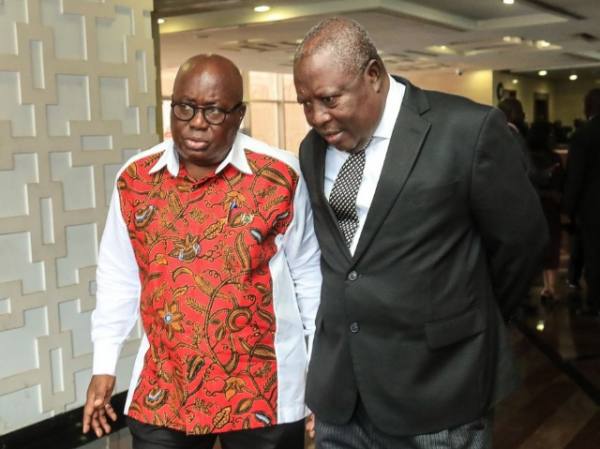 The President of the Republic, Nana Addo Dankwa Akufo-Addo, has received the report of the Special Prosecutor on the Risk of Corruption and Anti-Corruption Assessment in relation to the Gold Royalties Monetization Transaction, under the Minerals Income Investment Act 2018 (Act 978), in which the Finance Minister was copied.

He has also asked the Minister, Ken Ofori-Atta, for his comments, which were contained in a confidential Memorandum to the President, and which the President has authorised to be made public to contribute to the national discourse on this matter.

President Akufo-Addo commends the Special Prosecutor for exercising his discretion, in this regard, in undertaking this exercise, and considers it as an important step in enhancing the principles of good governance in the country.

In as much as the report by the Special Prosecutor makes no specific recommendations, as, according to the report, “assessment does not constitute an investigation”, the report makes a fundamental observation that”

“This is the first time that an independent anti-corruption agency established by any government in Ghana has undertaken an analysis of the risk of corruption and anti-corruption risk assessment of the processes leading up to the approval by Parliament of Public Agreements as part of its statutory mandate.”

The President, thus, welcomes this novelty of institutionalising the risk of corruption and anti-corruption risk assessment, and wholly welcomes it as an important preventive weapon in the fight against corruption in Ghana. President Akufo-Addo has also studied the report and the comments from the Minister for Finance.

Based on the observations, the President has, accordingly, instructed the Minister that, in the interest of transparency and accountability to the Ghanaian people, the Agreements supporting the transaction that were submitted to Parliament, and approved by the House, should be resubmitted to Parliament for the approval process to start all over again.

This, he believes, will help address the concerns raised, principally, by the Minority, about having been given very limited time to subject properly the various Agreements to proper scrutiny. The transaction documents to be resubmitted are the Relationship Agreement, the Assignment Agreement, the Allocation Agreement, and the Investment Agreement.

In line with the observations of the Special Prosecutor, President Akufo-Addo has directed that the procurement of the services of the Transaction Advisor(s) should also be reviewed by the Ministry of Finance and the Attorney General, with the aim of taking all steps that may be necessary to remove any doubts about the integrity of the process.

Additionally, it is the expectation of the President that the Ministry of Finance and the Minerals Income Investment Fund and the Transaction Advisors will use this opportunity also to amend the relevant Agreements to take into account the useful feedback received during the series of stakeholder consultations over the last two months.

Furthermore, issues surrounding the value of the proposed Agyapa listing should be properly addressed in order to engender greater public confidence. The President would like to affirm his confidence in the Minister for Finance, the Ministry of Finance and the Board and Management of the Minerals Income Investment Fund.

He reiterates his full support and that of his Cabinet for the transaction, which he believes, ultimately, is an innovative addition to the framework of efforts of his government to enhance significantly the value that Ghana has, historically, derived from her rich natural resources.

The President takes note of the conclusion of the Special Prosecutor, which states: “It is the expectation that the analysis of the risk of corruption and anti-corruption assessment of the Agyapa Royalties Limited Agreements will guide policy decisions on this transaction, and be seen more in the terms of the vision that informed the establishment of this office and not be used for political point scoring.”

In this light, President Akufo-Addo wonders whether, in the current, understandably highly-charged political atmosphere in the country, debate on the matter should take place before the elections. It is his view that the national interest would be better served for the parliamentary proceedings on this matter to take place either after the elections or in the next Parliament.

There would be a greater chance of achieving a greater national consensus on this important issue.

Share
Facebook
Twitter
Pinterest
WhatsApp
Telegram
Previous articleGhana Has Been A Source Of Providing Food To Its Neighboring Counties During This COVID-19 Era – Agric Minister
Next articleSarkodie, Samini Endorse Nana Addo For Another Four Years In Office