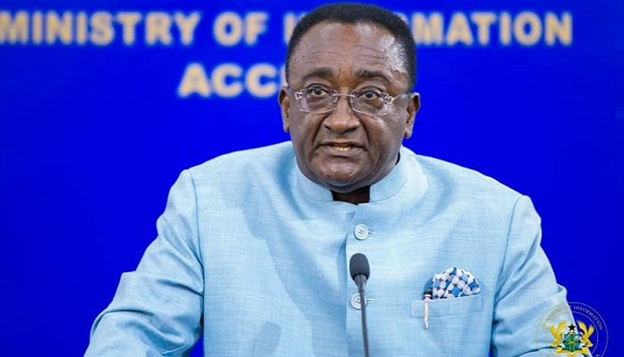 The minister for Food and Agriculture, Dr Owusu Afiriyie Akoto has said that, Ghana has been the only country in West Africa and a source of providing food to its neighboring countries during this COVID-19 pandemic era.

The minister made this remarks today in parliament , when he appeared to brief the House on this year’s farmers day celebration which began today Monday 2 to Friday 6 November, 2020 at Techiman in the Bono East region.

He said, in line of this year’s celebration, a whole week has been dedicated and scheduled with various activities that would help improve the farmers knowledge on modern ways of farming and also how to maximize their revenue.

In an interview with Agric minister, he explain that, the farmers day cerebration has been pulled forward in November instead of it usual first week in December due to the General election.

Mr Akoto was in Parliamen to Make a statement on event and how the NPP government appreciate and celebrate the Ghanaian farmer on it 36th anniversary celebration.

Contributing to the statement, the MP for Kintampo North who is also member on Agricultural committee of parliament, Kwasi Etu-Bonde suggested to the House that, current and future Government should consider adding value to farming instead of the usual and old ways of doing things in order to attract the youth and many people into farming in order to reduce the rate of unemployment in the system.

Mr Etu-Bonde said, all along, people have consider Agricultural in Ghana as providing food for oneself and family which has always put farmers to the lower level of living.

He added that, if government would add more incentives would be added to farming in Ghana, farming will be the best way to employ many Ghanaians and reduce the unemployment rate in the country to the bearest minimum rate.