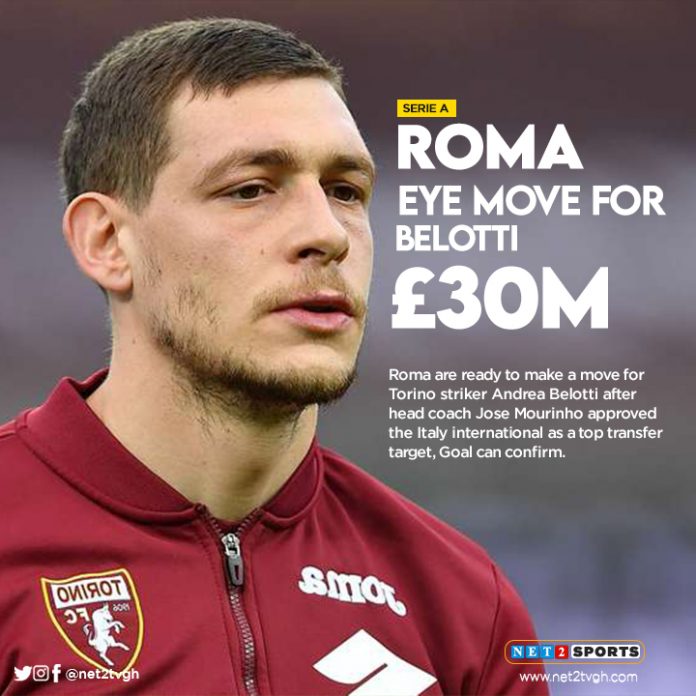 Roma are ready to make a move for Torino striker Andrea Belotti after head coach Jose Mourinho approved the Italy international as a top transfer target, Goal can confirm.

Belotti, who is part of Italy’s squad for the European Championship, has been with the Turn club since 2015 but could be leaving in the summer with his contract due to expire in 2022.

Torino will be looking to recoup around €30 million (£26m/€37m) for their star striker, although Mourinho’s side will look to pay significantly less given the forward’s contract situation.

Roma are ready to step up their attempts to lure Belotti to Stadio Olimpico, with new head coach Mourinho keen to add the 27-year-old to his squad ahead of the 2021-22 season.

Torino are in no rush to sell despite Belotti’s contract coming to an end – and it not looking like he’ll sign an extension – with the striker set to feature at the European Championships.

Should the former Palermo forward star for Italy in the summer showpiece, his value could rise considerably.

Mourinho’s Roma, who are also in talks to sign Granit Xhaka, are unlikely to want to spend more than €20m (£17m/$24m) with Torino set to demand €10m more than that to allow their prized asset to depart.

As well as being a player for the present, Belotti is seen as a long-term replacement for Edin Dzeko while Borja Mayoral is unlikely to stay at the club beyond his two-year loan from Real Madrid, which ends in 2022.

Belotti has carved out a reputation as one of Serie A’s top homegrown strikers, with the 27-year-old having scored 105 goals in 228 appearances for Torino.

He scored 13 league goals in 35 appearances in the 2020-21 season, 16 behind Serie A golden boot winner Cristiano Ronaldo.

On the international stage, Belotti has scored 12 goals in 33 appearances for his country, with two of them having come from the two games he’s played for the national team in 2021.