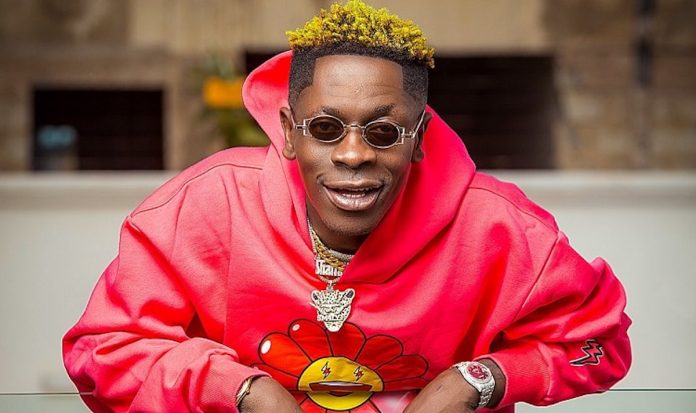 Dancehall musician, Shatta Wale has opened up on why he failed to show up at last weekend’s Ghana Party in the Park UK.

The event, which took place at London’s Trent Park on Saturday, July 16, 2022, saw not just Shatta Wale but Kofi Kinaata and Nigeria’s Mayorkun fail to appear as earlier advertised.

Speaking on Daybreak Hitz on Hitz FM, Shatta Wale revealed that the organisers reneged on some agreements.

He told the host Andy Dosty on Tuesday that he had initially agreed with the CEO of Akwaaba UK, organisers of the show, for the alliance to be treated as a collaboration between Shatta Wale and the company.

The artiste said he made it clear to Dennis Tawiah that he wanted to promote the upcoming GoG Album and create a ‘GoG experience’ for fans in the UK.

Shatta Wale added that Mr Tawiah also agreed visas will be made available to at least four members of his team who would accompany him to the European country to aid him.

“This is a show that I will want to come and perform for free, I won’t charge him any money. I wanted him to take all the money they’ll make but they should just make sure he gets these two things done (visa/flyer) right for me,” he added.

However, Shatta Wale said that weeks after they had deliberated and agreed on the terms, he saw a different flier going around.

Shatta Wale noted he was unhappy with the circumstances and when he asked Mr Tawiah why their agreement went unheeded, he was told the team had agreed on a new plan.

Despite the disappointment, he let go of the GoG experience plan and urged Mr Tawiah to ensure he and his team get their visas on time, the ‘Already’ hitmaker said.

“For the past three weeks, I have been asking when my team will get their visas because I got mine. I kept asking because I need the team there with me so that we can have a beautiful show,” he said.

Shatta Wale noted that he even placed calls to Mr Tawiah on Thursday, barely 48 hours before the event and on Friday, to enquire and still had no favourable answer and wondered if it was because he had offered to perform for free.

The Melissa hitmaker said that many musicians are willing to collaborate with event organisers but are discouraged over circumstances such as these.

Meanwhile, on his part, Mr Tawiah said they did not have enough time to fulfil Shatta Wale and his team’s requirements.

He noted that the Akwaaba UK team apologised to fans, patrons and all interested persons following the event.