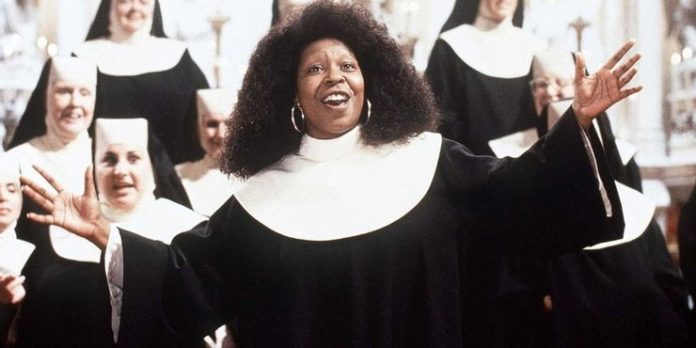 Tyler Perry has confirmed that the script work has begun on the long-awaited Sister Act 3.

The original Sister Act starred Whoopi Goldberg as nightclub singer Deloris Van Cartier, who hides from the mob in a convent of nuns. The film was a cult-classic family comedy of the early 1990s. Goldberg’s loveable Deloris, who turns the convent choir into a soulful gospel troupe, returned for a sequel called Sister Act 2: Back In The Habit in 1993.

However, despite rumors, a third Sister Act installment never materialized. That was until Sister Act 3 was officially announced in December 2020 at the Disney+ investors day.

Speaking to THR, producer Tyler Perry confirmed: “the script is being written.” Emphasizing that “we brought on an incredible director” in High School Musical series creator Tim Federle, Perry re-confirmed his status as a producer.

He also said that Goldberg herself is “really excited” about the project’s development. Perry then went on to detail just why Sister Act 3 is so perfectly suited to the 2020s, saying “We need that feel-good moment.” See the full quote below:

“The script is being written, and I am the producer on it — not directing. We brought on an incredible director [Tim Federle] and Whoopi’s really excited. I think that this is just what the country needs. We need that feel-good moment in the movies where you go, “Oh my God, I left there singing.” That’s my hope.”

As well as Perry, Goldberg is confirmed to be producing the film and returning to star as Deloris (aka Sister Mary Clarence). While the remainder of the cast is unconfirmed, viewers can expect to see more of the soulful laughs they know and love from the original films.

Goldberg has previously teased the potential for cast members of Sister Act 2 to feature, which will no doubt be an exciting prospect for the countless fans of the hugely successful sequel. Sister Act 3 will be heading exclusively to Disney+ at some point in the near future.