“The Ghana movie industry is revolving in the midst of new technologies,” Mark Okraku Mantey 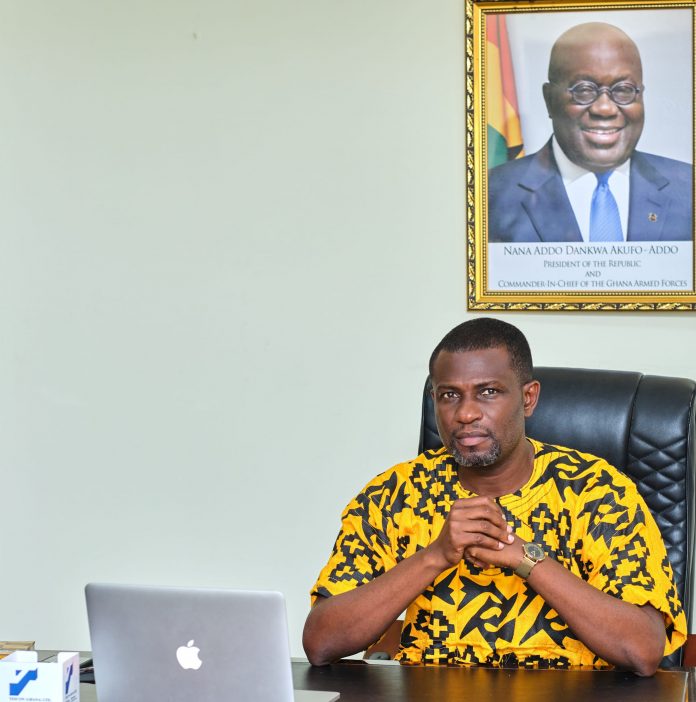 Deputy Minister for Tourism, Arts and Culture, Mark Okraku Mantey, has dispelled assertions being made by some showbiz players that the movie industry is dead.

According to him, the industry is rather revolving in the midst of new technologies and digital tools so people should rather seize the various opportunities available and channel them to their own benefits.

In an interview on Day Break Hitz on Thursday, he indicated that “the world is moving too fast [so] we must scan around constantly to know where to fit in and not to stay in our small corners and say the industry is gone.”

Mr Mantey underscored that the era of doing things the analog way is old-fashioned, hence, entertainers must endeavour to reinvent themselves to fit well into the age.

“When you become a hitmaker or you are successful in a particular time, it is a few who can last for 20 to 30 years. Majority of the people [last for a] maximum of 10 yeas, so, you must reengineer yourself and re-invent yourself.”

“But people want to do the same thing and so when they’re getting outmoded, then they start saying that the industry is dead,” he said.

The Deputy Minister observed that one of the major challenges confronting the industry is lack of descent culture amongst actors.

His comments were in response to calls for the construction of entertainment structures across the country to boost revenue generation.

“So if we want to have an environment that will ‘vomit’ or grow money, the culture of the industry, [where for instance], this one insults that person must change.”