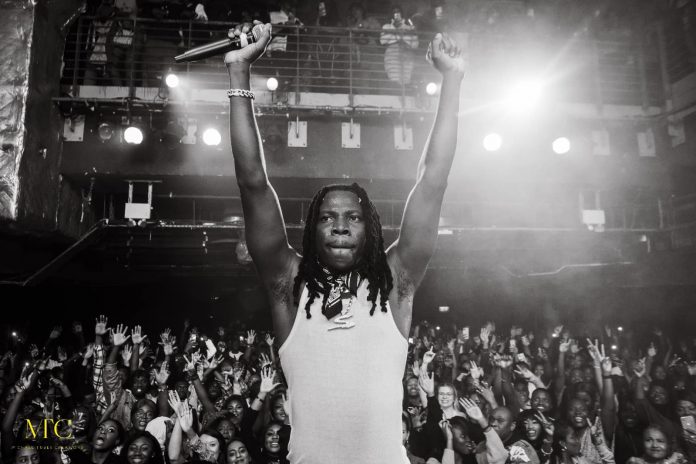 Stonebwoy and his band played a set of original songs in front of a sold-out O2 Academy audience. The entire musical experience, which was hailed by Davido, concertgoers and social media users, drew hundreds of people who were enthralled by his talent. The audience was shaking, dancing, and yelling during his performance.

With a setlist focused on the BET and Grammy awardee’s just released and trenchant new album with special guests, His performance was an affirmation of his position in the global music market as one of the most listened to African artists in the world on streaming platforms and has become a heavyweight of concerts, filling any of the arenas and auditoriums around the world.

Giving an intimate performance that appears to have translated better in a packed auditorium, the multi-talented musician hit the chord on all his hits from his defining releases. He performed crowd-pleasing hits including current chart topper “Nominate” (featuring Keri Hilson), “Everlasting”, “Critical” (featuring Zlatan), and other singles such as “Activate” with Davido, “Tomorrow” and more.

The Ghanaian superstar hyped up the packed crowd with bursts of “HERO”. Stonebwoy commanded the stage with his energetic and polished performance until the closing song.

Stonebwoy’s AJ UK tour continues this weekend. He makes a stop at the Manchester Academy 3 on November 25 for the Manchester-leg of the tour.