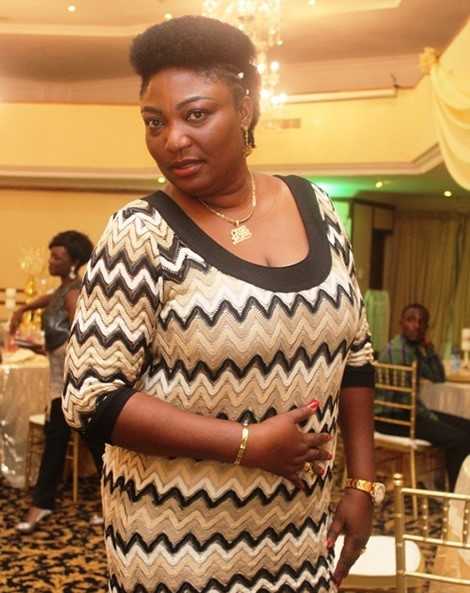 Legendary actress, Irene Opare has admonished corporate companies in Ghana to stop giving ambassadorial roles and sponsorship to female celebrities and influencers who trade in nudity.

According to her, the culture of going nude to attract social media likes and following has become rampant because the companies, as well as society, do not frown on such activities.

Irene Opare, in an interview with Ola Michael on Peace FM’s “Entertainment Review’’, strongly believed no woman will go nude or show any part of her body naked if these companies stop using them as ambassadors or sponsoring them.

To her, should the companies start using decently dressed female celebrities, it will deter others from exposing their bodies.

“We enjoy it, that’s why they keep doing it…If a woman goes nude and doesn’t get a company to sponsor her or make her it’s brand ambassador, won’t she stop going nude? She will stop! She will know that her nudeness doesn’t attract any company to give her a job or get money. So, if the companies start to give jobs and so forth to the women who dress decently and don’t show their naked bodies, and have respect in society; it will deter those who enjoy nudity.”