The Rock: ‘Red Notice’ is officially Netflix’s biggest movie ever 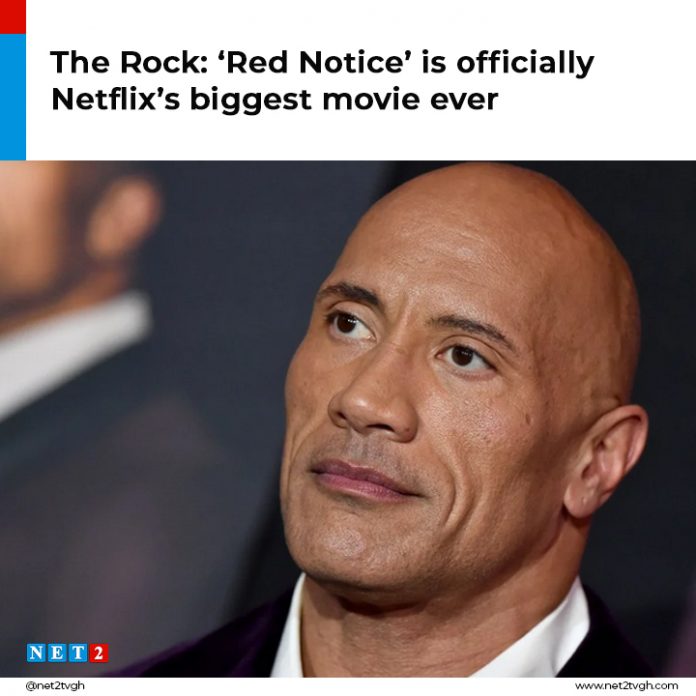 Dwayne “The Rock” Johnson knows just how much the streaming world is loving Red Notice.

His latest film, also starring Ryan Reynolds and Gal Gadot, is the No. 1 Netflix film in 93 countries—including the U.S.—and viewers have logged 129 million hours watching it on the week of Nov. 15, according to data from Netflix and cited by Polygon. Viewers have since given the film a whopping 277.9 million.

“Here’s my slick talkin’ frenemy [Ryan Reynolds] and I, giving you a taste of why RED NOTICE has officially become THE BIGGEST MOVIE IN THE HISTORY OF NETFLIX,” The Rock wrote in a celebratory Instagram caption. “In under two weeks, we’ve shattered all records and we have many weeks to go. THANK YOU GUYS and enjoy RED NOTICE this weekend around the world.”

Polygon compared the new flick to the initial draw of Marvel’s Avengers: Endgame, which saw a lot of love in theaters, explaining that the hours-viewed number for Red Notice gives it a bigger two-week draw.

Things are looking pretty good from a fan perspective, too, as Red Notice has a 92% viewer approval rating on Rotten Tomatoes despite some negative reviews.

Cinemark, a theater chain, has since announced that it will be pushing the popular streaming film into theaters.

“At Cinemark, we love when we have the opportunity to create a cultural moment and comprehensive entertainment experience around a film,” said Wanda Gierhart Fearing, chief marketing and content officer, via a release.