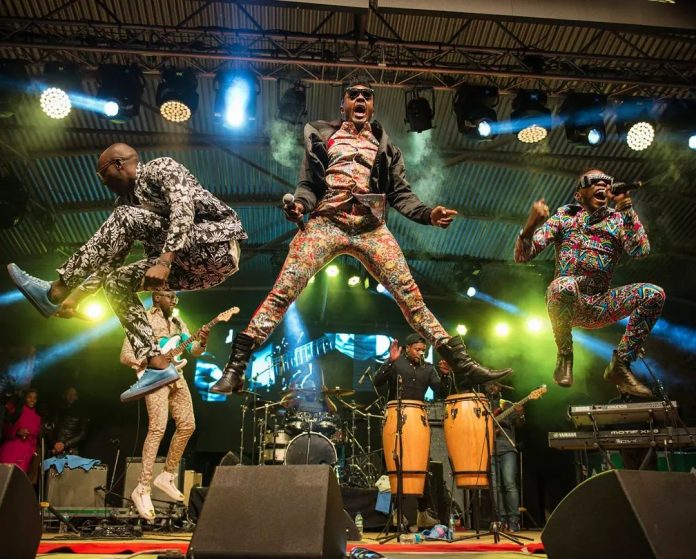 Sauti Sol will announce an advance ticket for their upcoming concert tour after the insane reaction to the early bird tickets. The band, in five minutes, sold out early bird tickets to their December ‘Sol Fest’ concert billed to hold in Kenya.

The Kenyan boy band officially announced December 11th and 12th, 2021 as the dates for their upcoming concert dubbed ‘Sol Fest’. The music concert, organised by Sol Generation and HB Entertainment, will see the group perform songs off their 2020 critically acclaimed album “Midnight Train” and will also feature performances from other Sol Generation artists Bensoul and Nviiri.

“We gonna have a number of bald men concerts this December … but allow me to say this now that the whole of Sauti Sol is here, on the 11 and 12 of December we are having Sol Fest which is festival. This is a festival put together by Sol Generation Records and this will be the first time we will be playing Midnight Train, live on stage in Kenya. We are all looking forward to it.

“Also Aaron Rimbui and I are having a series of concerts for the ‘Bald Men Love better’ project and we are looking forward to seeing you there,” Sauti Sol’s lead vocalist Bien-Aime said.