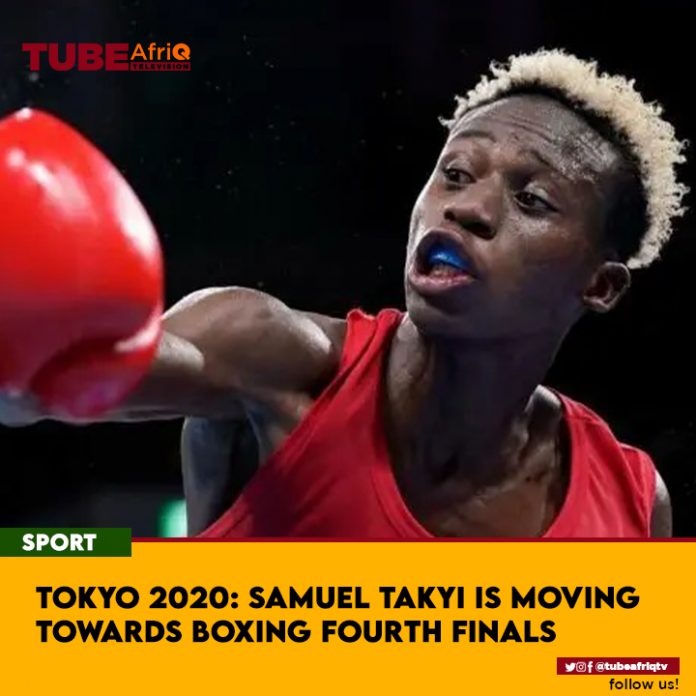 Ghana boxer Samuel Takyi is one win away from the medal zone after reaching the quarterfinals of the men’s 52-57 Kg Featherweight at the Tokyo 2020 Olympic Games.

Takyi recovered from a slow start to beat his opponent from Ecuador Jean Carlos Caicedo by unanimous decision on Wednesday morning.

The 20-year-old won 5-0 as all five judges scored the bout in his favor.