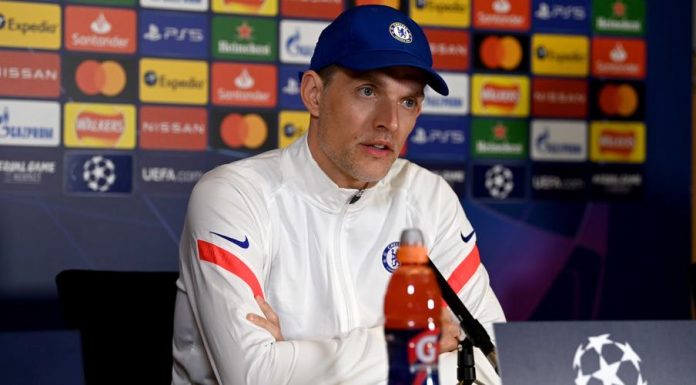 Whatever happens in Saturday’s Champions League final against Manchester City, Chelsea’s Thomas Tuchel can already claim a small bit of history by becoming the first coach to make it to the showpiece game in European club football in successive seasons with different clubs.

Tuchel’s impact on Chelsea, at least up until the last few matches, has been little short of remarkable and, it can be argued, hardly reflects well on his old side Paris Saint-Germain.

The French giants’ gratitude towards Tuchel for leading them to the Champions League final for the first time in their history last season was not enough to stop them sacking him in December.

PSG have since gone on, under Tuchel’s replacement Mauricio Pochettino, to finish second in Ligue 1 to Lille while going out of the Champions League in the semifinals to Pep Guardiola’s City.

In any case Tuchel came out of that sacking with his reputation intact, in large part thanks to the job he did in taking PSG to last season’s final where they lost narrowly to Bayern Munich in Lisbon.

At Chelsea, he took over a team that was underperforming under Frank Lampard and had an immediate impact – Tuchel has turned the London club into a supremely well-drilled machine with a three-man defence led by his old captain in Paris, Thiago Silva.

They kept 18 clean sheets in his first 24 matches in charge, culminating in the semifinal victory over Real Madrid.

“It was like he had been here for two years so it came quite naturally, everything.

“I think the team completely changed, how we approach games, like we were more confident, solid at the back, not conceding anything in the last two or three months.”

After the difficulties of dealing with a Paris team built around Neymar, Tuchel has been effusive in his praise of the Premier League and the mentality of the players he inherited at Stamford Bridge.

“It is different here, it’s like we play a Champions League game every weekend and I think in the end it means we are better prepared,” Silva, who spent eight years at PSG, said after the Madrid semifinal.

Silva joined in August but when Tuchel came in, he took over a team that looked unlikely to qualify for next season’s Champions League before leading them to a top-four finish.

Now they have the chance to cap it all if they can win Saturday’s final in Porto to give Tuchel the medal he missed out on last year.

Chelsea have already beaten City twice under their new coach, a 1-0 FA Cup semifinal victory being followed by a 2-1 away success in the league.

It has not all been a bed of roses though, with Chelsea losing three of their last four games, including the 1-0 defeat by Leicester City in the FA Cup final.

“It concerns me because it always concerns me when we lose, and it’s not so easy to get a grip on these losses and analyse them,” Tuchel said this week.

Now he is back in Portugal, where he took PSG through two knockout ties against Atalanta and RB Leipzig in the ‘Final Eight’ last season before succumbing to Bayern.

Tuchel followed in the footsteps of Jurgen Klopp when he took the coaching job at Mainz at the start of his career and again at Dortmund.

He is now hoping to match Klopp’s achievement in winning the Champions League final in 2019 with Liverpool, 12 months after his side lost at the same stage to Madrid.

However, the 47-year-old is not convinced his experience last season means much to the players who will step out at the Estadio do Dragao against City.

“If I was a player, I am not sure I would love to hear the story from my coach who was there last year with a different team,” Tuchel admitted.

“If we had it together as a team we would clearly use it but now we arrive for the first time together.”