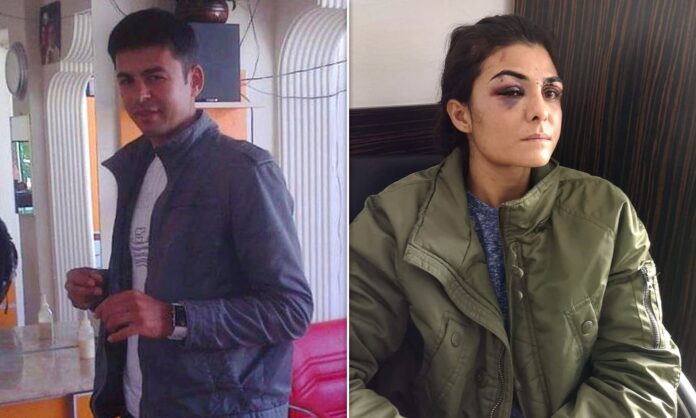 A woman who killed her abusive husband who had beaten, raped and tortured her for years is facing life in prison after prosecutors said the crime was not self-defence.

Melek Ipek, 31, shot her husband dead on the night of January 7,2021 when she managed to reach his rifle, threaten him with it and shoot as he approached.

But Turkish prosecutors said the incident, which took place in the couple’s home in the district of Dosemealti of the southern Turkish city of Antalya, was not self-defence.

Melek was repeatedly tortured by her husband during their 12-year marriage and was occasionally threatened with death if she dared report him to the police, so she never did.

The incident happened after Ramazan her husband, had beaten and raped her while threatening to kill her and their two children, 9 and 7, according to an insightful report.

During her testimony, Melek said her abusive husband told her: ‘A protection order will not save you, I will testify against you and even if they lock me up, I will kill you and the children when I am released. When I have killed you, I will mince your bodies and feed you to the dogs so that no one even knows you are dead.’

On the night of the incident, Ramazan reportedly tortured her so badly that she said she was truly afraid for her and her children’s life.

He then handcuffed her in a fetal position, raped her, and cut her several times with a machete, before heading out and threatening once again to kill her when he came back, according to local media.

Once she was left alone, Melek managed to get hold of his rifle and pointed it at her husband when he appeared at the door.

Refusing to listen to Melek, who told him to stay back, he moved towards her which is when she fired the rifle.

After the incident, Melek was placed in custody as the investigation unfolded.

She said: ‘I did not want him to die, despite everything, but I had no choice. If he didn’t die then my two daughters and I would have been killed.’

Melek was charged with the deliberate murder of her husband by the Antalya 3rd High Criminal Court in early January.    Prosecutors are seeking a sentence of life imprisonment, according to an indictment bearing the signature of Public Prosecutor Haki Celiker.

The prosecutor stated that the incident was not self-defence.

Meanwhile, a petition calling for Melek to be released and allowed to continue caring for her children, appeared on Change.org.