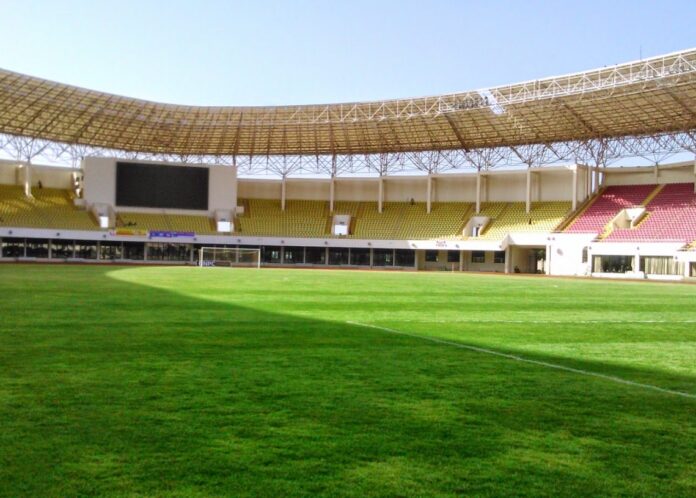 Asante Kotoko has officially written to the Ghana Football Association (GFA) to notify the Association of their decision to maintain Accra Sports Stadium as their home ground in the CAF Champions League.

The move is a swift turnaround after the Porcupine wrote to the Ghana FA of their willingness to rather use the Aliu Mahama Sports Stadium as their adopted home ground.

Kotoko initially wrote to the GFA to use Aliu Mahama Sports Stadium as their home venue for their game against Al Hilal of Sudan in the CAF Champions League which is scheduled for December 23, 2020.

But after careful consideration, the Porcupine Warriors have agreed that the Accra Sports stadium will serve them best, especially because the government has refused to open the various stadia to spectators due to the coronavirus pandemic.

Due to renovation works at the Baba Yara Stadium in Kumasi, Kotoko opted for the Accra Sports Stadium – the same home venue for four other teams including rivals Hearts of Oak.

The earlier decision to go to Tamale was conceived because the venue was seen as closer to Kumasi (the original home of Kotoko) than Accra and would have made financial sense to cut down the travel expenditure of the team.

The GFA had reached the final stages of approval the Tamale Stadium for use by Kotoko before the club wrote back to reverse their earlier request.

The Porcupine Warriors progressed from the preliminary round to this stage without kicking a ball after Mauritanian side FC Noaudibou failed to raise a team for the second leg encounter due to coronavirus infections.

CAF in a statement stated Asante Kotoko progressed at the expense of FC Nouadibou because the latter failed to raise a team.

“The match was not played because the Mauritanian team could not meet the minimum number of players required by CAF due to the positive cases of COVID in the team. As a result, FC Nouadhibou were disqualified and Asante Kotoko automatically qualifies for the next round to meet Al Hilal”.

Asante Kotoko will first host the Sudanese giants here in Ghana at the Accra Sports Stadium in the first leg before heading to North Africa for the second leg next year.