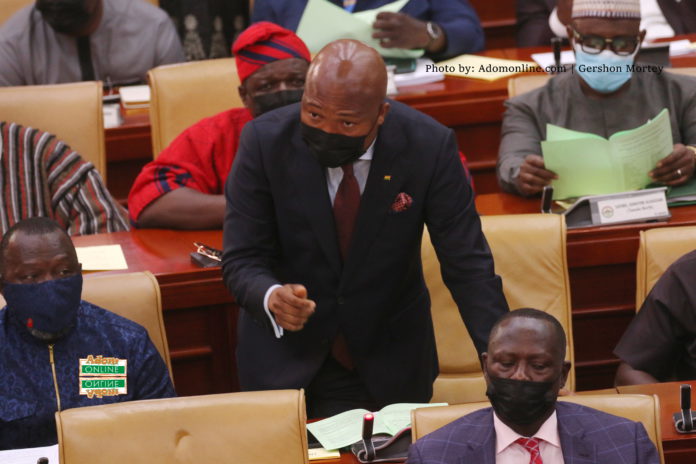 He said the budget presented by Finance Minister Ken Ofori Atta is full of errors and policy protocols that are not in the interest of Ghanaians.

In a tweet posted on his personal Twitter page, Mr Okudzeto said “the opportunity to present a new 2022 budget cannot be such a bad idea, after all. Apart from incorporating major concerns of the Ghanaian public which the NDC caucus has been re-echoing in Parliament, the government should take advantage and tidy up the document. For example, it is quite embarrassing that paragraph 85 captures our President’s name wrongly.”

The Minority in Parliament rejected the budget, saying unless the government removes the draconian taxes it intends to impose on citizens, it will not approve the budget.

Meanwhile, the Majority and Minority Caucuses in Parliament held separate meetings on Monday to firm their arguments ahead of Tuesday’s business on the floor of the House.