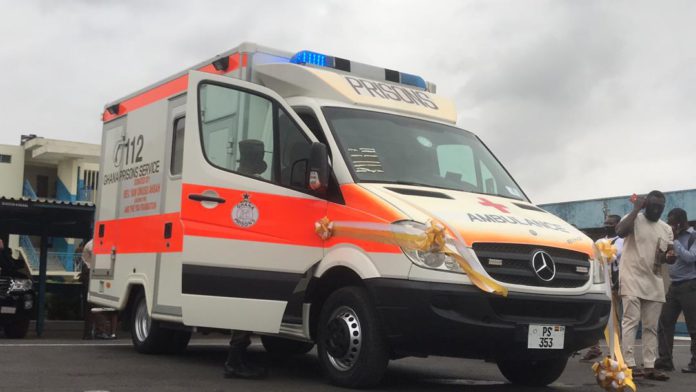 The National Ambulance Service is worried about recent armed robbery attacks on the emergency service providers.

He was addressing the passing out parade of batch 10 emergency medical technicians (EMTs).

Prof. Nuhu Zakariah is concerned about the safety of Ghanaians as armed robbers are now targeting ambulances.

He wants the security agencies to take it up as it is a major occurrence.

“Internationally, the last people to be attacked are the emergency service providers because the armed robbers, when wounded, will come to the ambulance for a rescue so seeing them attacking the ambulances is really worrisome to the country as a whole’’.

“When this happens, it means we are not safe so we are appealing to their consciences that the emergency service is there to provide care for everybody and they themselves will need it one day so we will advise them to desist from that ’’.

Minister of Health, Kwaku Agyeman-Manu, lauded the participation of corporate entities in the upkeep of the training school.

He noted there are opportunities for both public and private institutions to enroll staff for training in effective and efficient emergency response.

“I am reliably informed that other organizations have started sending their staff for training in this school, this is commendable. I entreat various corporate public and private organizations in the country to emulate such initiatives so that together we can build an effective and efficient emergency response system in Ghana’’.

A total of 435 Emergency Medical Technicians graduated in various departments of the National Ambulance Service Training School at Nkenkaaso in the Ashanti region.