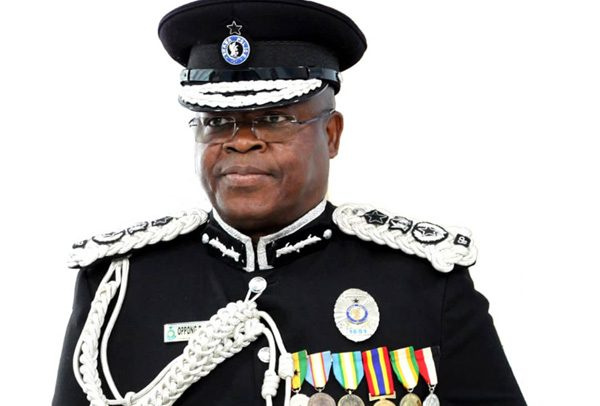 The Inspector-General of Police James Oppong-Boanuh has outlined measures the security agencies are putting in place to ensure violence-free elections this year.

He indicated that the Police have adequately prepared for unexpected occurrences before, during and after the December polls.

Addressing Parliament on Thursday, 5 November 2020, Mr Oppong-Boanuh indicated that the Police has enhanced its operations in the area of deployment.

According to him, there are several hotspots that they will be targeting.

He added that judging from the disturbances that occurred in some areas during the voter registration exercise, the identified hotspots have been “adequately catered for”.

Mr Oppong-Boanuh noted that the deployment will consist of personnel at the polling stations and centres to assist the presiding officers, mobile patrols and proactive deployment forces to attend to volatile public order situations and other emergencies, adding that some security personnel will be on standby.

“Mr Speaker, we intend printing what we call an aid memoir. That is best practice in the modern world for officers on operations like this,” he said.

He intimated that the memoir, serving as a reference, will contain “the do’s and don’ts for the security officers who will be deployed so that when they are in doubt, they can remove the paper from their pockets and look at it to refresh their memory.”

He reiterated the Police’s preparedness, adding that, “We’re not just sitting down and waiting for election day to come and then we get there and we don’t know what to do. As a result, therefore, we have had some training and capacity-building for our officers.

“For instance, we’ve had high-risk operation and confidence building for regional operational teams for our special weapon and tactics and rapid deployment forces. We’ve also had the counter-terrorism and emergency operations training for our counter-terrorism unit. That is for the police…”

He continued: “Mr, Speaker we have also had a nationwide investigation and prosecution of electoral offences training for all our officers and this, we did in collaboration with the Attorney-General’s Department and the Judicial Service.”

He also said that to equip the security agencies, officers from the various security agencies took an Election Violence and Security course at the Kofi Annan Peacekeeping Training Center (KAIPTC).