Wizkid and Tems bag 5 nominations each at Soul Train Awards 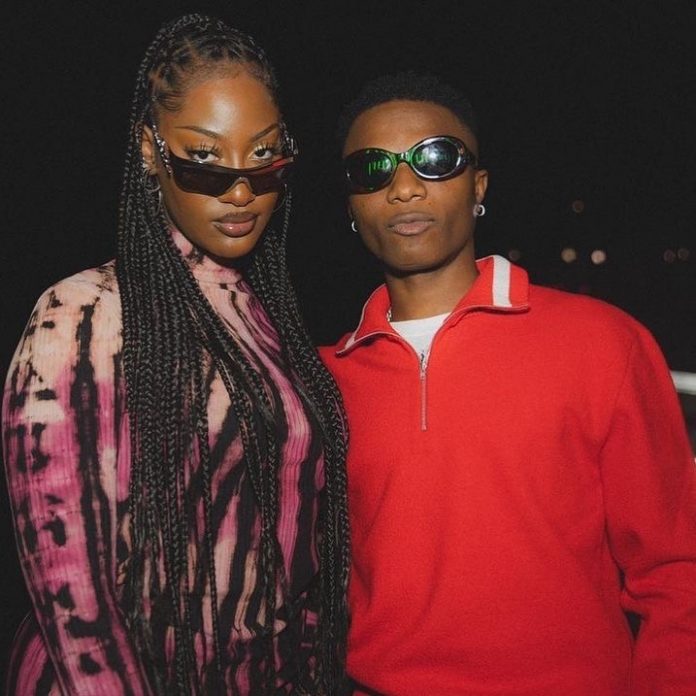 Grammy-winning Nigerian superstar, Wizkid, and Tems bagged five nominations each at the forthcoming event. Their nominations come in the Song of The Year, Video of The Year, The Ashford and Simpson songwriter’s award and Best Collaboration for the commercial hit, ‘Essence.’

H.E.R. leads nominations with eight nods, including Best R&B/Soul Female Artist, Song of the Year, Album of the Year and Video of the Year, among others. Jazmine Sullivan and Chris Brown follow with six nominations each. With five recognitions a piece are Wiz Kid and TEMS.

Additionally, Ashanti will be honored with the Lady of Soul Award, while Maxwell will receive the Legend Award.

“I’m honored to be recognized as this year’s Lady of Soul honoree,” Ashanti said in a statement. “This is a full-circle moment for me because I received the ‘Aretha Franklin Entertainer of the Year’ Award at the Lady of Soul Awards in 2002. As we commemorate 50 years of Soul Train, I’m proud to be a part of this legacy and to return to the Apollo to celebrate.”

Maxwell also stated, “It’s an honor to be presented with the Legend award by a community that’s been growing with me throughout my career. I’m so grateful to be sharing this moment with everyone and returning to the Apollo for an evening of excellence.”

The show will simulcast on BET, BET Her, VH1 and MTV2 at 8 p.m. ET. A one-hour pre-show will air at 7 p.m. ET. The main show will be followed by the broadcast television debut of DJ Cassidy’s virtual series Pass the Mic.