Works and Housing Minster hints of review of Rent Act 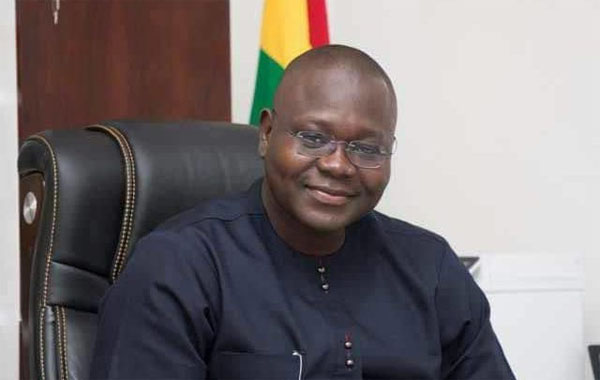 Minister for Works and Housing, Francis Asenso-Boakye, has said that the revamping of the Rent Control Department is high on the agenda of the government.

The Minister made this disclosure when he paid a working visit to the Rent Control Department in Accra, one of the nation’s foremost institutions operating under the Ministry.

In his address to the press after the visit, he announced that the Ministry of Works and Housing is currently engaging the Ministry of Communication and Digitisation to digitalize the operations of the Rent Control Department.

“The digitalization will ensure that the Department speeds up its operations, communicate with its clients digitally, and provide a sustainable income flow for the operations of the Department,” he said.

Additionally, Mr. Asenso-Boakye announced that government is in the process of reviewing the existing Rent Act, 1963 (Act 220), to sanitize rent administration regulation in the housing sector, and commercial properties. This will include the restructuring of the administrative set-up of the Rent Control Department to position the Department and efficiently perform its mandate.

“The new Act is intended to safeguard the rights of vulnerable tenants who have been out-priced by the uncontrollable hikes in the cost of rental accommodation, and also promote the development of rent-to-own housing schemes that are being piloted by this Government,” Hon. Asenso asserted.

He commended the management and staff of the organization for holding the fort over the years amidst the difficulties and urged them to continue to put up their best since the issue of rent and its attendant effect is very topical and sensitive within our socio-economic setup as a country.