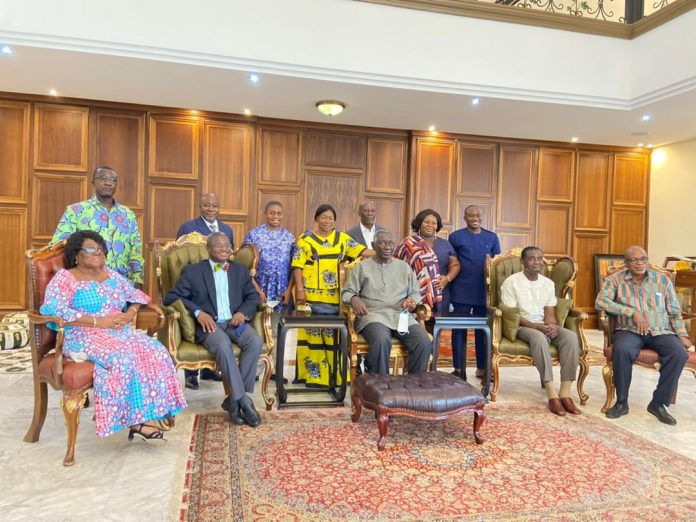 Yale University has conferred an appreciation on former President John Agyekum Kufuor in recognition for his launching the Ghana Research scholars program in conjunction with the university, and for facilitating research exchanges, and improving health in Sub-Saharan Africa last Friday.

Mr. Elijah Paintsil, Professor of Pediatrics (Infectious Diseases), pharmacology, public health and management at Yale University who also as the Chief of Pediatrics infectious diseases and global health at Yale school of medicine who presented the citation on behalf of the President and offices of Yale University in an interview with the media mentioned that the Ex-President extended his support to help train people every summer to become scientists.

He added that through the Yale Noguchi joined the patent program, there has been a lot of federal and US government funding and support hence the need to celebrate the Ex President’s vision for his selfless support.

On his part, the Ex-President John Agyekum Kufuor expressed his profound gratitude to the institution for the honor. Touching on the progress of the state, he said the state wasn’t doing badly but it is high time the citizens accept the concept of public-private partnerships.

Ex-President JA Kuffuor further urged the state to create space for individuals who are capable of assisting to contribute their quota to enlarge its benefits for all.

Share
Facebook
Twitter
Pinterest
WhatsApp
Telegram
Previous articleWealth becomes an option when the country is fixed – Sarkodie on #FixTheCountry agenda
Next articlePRESS RELEASE ( To all media houses ) STRIKE ACTIONS: UNIVERSITY TEACHERS ASSOCIATION OF GHANA ( UTAG ) AND SENIOR STAFF ASSOCIATION- UNIVERSITIES OF GHANA ( SSA-UoG ) MUST RETURN TO THE CLASSROOM AND CONTINUE WITH NEGOTIATIONS BUT GOVERNMENT MUST ACT SWIFTLY IN THEIR RESPONSE TO THEIR DEMANDS – NATIONAL UNION OF GHANA STUDENTS ( NUGS ) ADVICES PARTIES