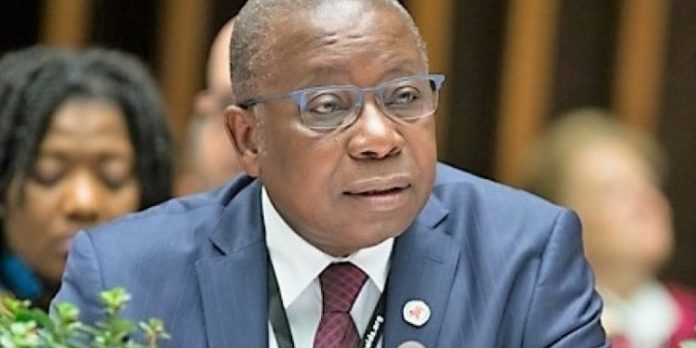 After over three weeks of work, the 9-member ad-hoc committee constituted by Parliament to investigate circumstances surrounding the botched Sputnik V vaccine procurement deal submitted its report to the House on Friday, August 6, 2021.

The committee in its work engaged with the Minister of Health, Kwaku Agyeman Manu, officials from the Bank of Ghana, and the Ministry of Finance among others.

A 29-paged report produced by the committee came out with a number of findings and recommendations, key amongst them being;

1. Health Ministry did not receive cabinet approval for the deal.

2. Health Ministry breached the constitution by not seeking parliamentary approval for the agreement with the private office of His Highness Sheikh Ahmed Dalmook Al Maktoum.

3. Health Ministry did not seek approval from the Board of PPA before signing the Agreements.

4. PPA has not concluded its investigations into the matter.

5. Health Ministry used middlemen (Office of His Highness Al Maktoum and S. L. Global) for the purchase and distribution of the vaccine

6. Health Ministry agreed at US$19.00 per dose with Al Maktoum although the ex-factory price of the vaccine was $US10.

7. Ghana paid US$2.85 million (GHS 16 million) [50% of total cost] in advance Messrs Al Maktoum although the minister said he had no knowledge of such.

A debate on the report ended without a decision to adopt or reject it.

The Minority in Parliament has called on President Nana Addo Dankwa Akufo-Addo to immediately dismiss the Minister of Health, Kwaku Agyeman-Manu saying he is not fit to be in office.

They argue that he violated the 1992 constitution and his oath of office by trying to procure vaccines through middlemen without recourse to Parliament or cabinet.

“It is beyond any reasonable doubt the minister betrayed his oath of office and for that matter, and he also failed to uphold the constitution and the laws of our country.”

“I must say that the Minister should be sanctioned. He must be removed by the president. He is not fit to occupy the office of a minister of state and must therefore be removed from office henceforth, failing which this House must pass a vote of censure on the minister,” said minority chief whip, Muntaka Mubarak.

They also took the minister on over his claim that no payment was made in the deal when the committee’s finding pointed to the fact that money was actually paid.

But the Majority Leader, Osei Kyei Mensah-Bonsu while addressing the press said the minister’s use of the caveat  ‘to the best of his knowledge’ [he was not aware of any payment] absorbs him of any offense of lying under oath.

Members of the committee

The committee was bi-partisan, and as such had representatives from each side of parliament.

It was chaired by Deputy Majority Leader, Alexander Afenyo Markin with Mr. Akandoh as his vice-chairman.