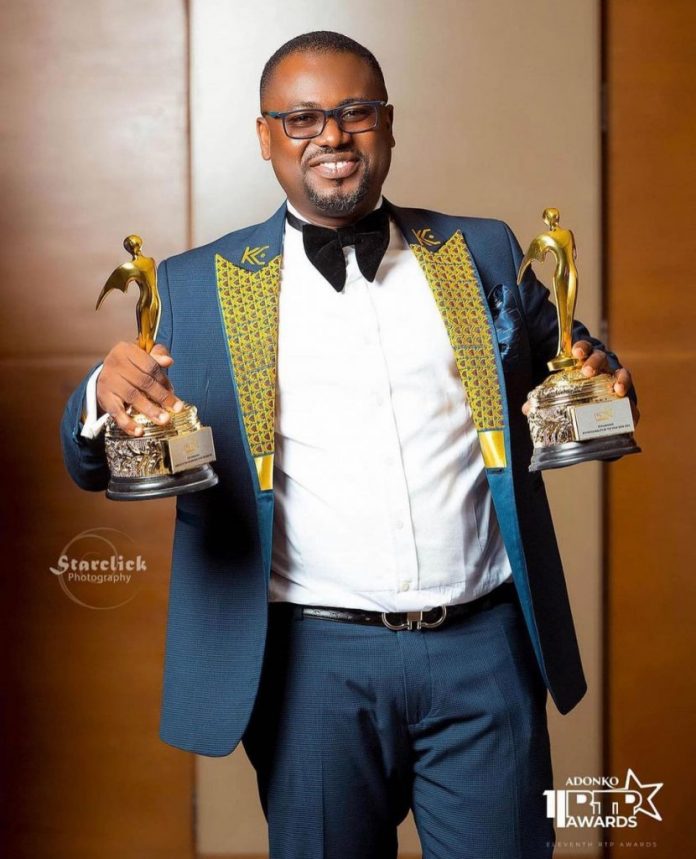 Abeiku Santana, ace Ghanaian radio broadcaster, has been named “Personality of the Year” at the RTP (Radio and Television Personalities) awards.

In his acceptance speech, the media and tourism enthusiast remarked, “I am overwhelmed with gratitude to have been picked among other eligible contenders to get this overall radio and television personality of the year 2020-2022.”

He holds Masters’s Degree in Tourism Management from the University of Cape Coast, a Post Graduate in Public Administration from the Ghana Institute of Management and Public Administration, an Associate in Legal Studies and Litigation from New York Paralegal School, Advance Certificate in Public Relations and Advertising from Ghana Institute of Journalism.

Abeiku Santana’s transformational and visionary leadership dates back to 1997 when he worked at Radio Z in Koforidua, now Eastern Fm as Assistant Programs Manager. He also worked at Radio Mercury in 1999 – 2001 as Deputy Programs Manager. In the year 2001 to 2002 Abeiku Santana became the hottest Radio Drivetime host in the Ashanti Region of Ghana with the highest audience and advertisers on his Radio show at Ash 101.1fm in Kumasi.

He joined the Multimedia Broadcasting group in the year 2002 to 2010 as Head of Music programs and Events Promotion Coordinator until he joined Despite Media Group as host of the Drivetime Radio Show on Okay fm Entertainment Presenter on UTV.

Currently the CEO of Kaya Tours Ghana Limited, Abeiku Santana was recently adjudged among the Top 100 Travel & Tourism professionals in Africa. He was inducted into the Chartered Institute of Marketing Ghana (CIMG) in 2008.

Abeiku Santana continues to provide consultancy and advisory support services to corporate institutions and individuals. With several awards to his credits, Santana is a solution to leadership challenges confronting Africa and also empowering the youth through training and mentorship.

The 11th edition of the RTP Awards was held in Accra, on Saturday, November 6, 2021. Put together by Big Events Ghana, the event seeks to recognize outstanding media personalities whose work shows exemplary leadership towards building a vision and a future for Ghana’s media landscape.