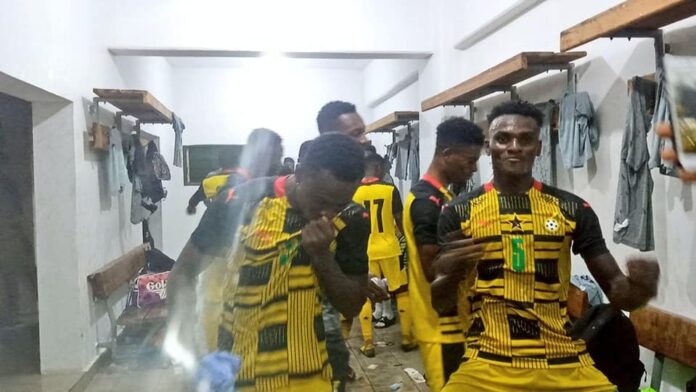 Ghana’s Black Satellites on Tuesday, December 15, 2020 beat Niger 5-3 on penalties to reach the finals of the WAFU Zone B Cup of Nations in Benin.

The win also qualified Ghana for the 2021 U-20 Africa Cup of Nations in Mauritania. Ghana, three-time African champions will be making a record 11th appearance at the competition slated for Mauritania in 2021.

The Black Satellites began the game by pinning their opponents in their half as Ghana piled pressure from the flanks. The Nigeriens played most of the game by sitting deep and relying on the break.

Substitute Frank Boateng converted the winning penalty for Ghana in a pensive shootout at the Charles de Gaulle stadium in Porto-Novo.

The Nigerien goalkeeper kept his team in the game as he saved a Mugeez Zakaria strike after he has been put through by Emmanuel Essiam before acrobatically pushing a tenacious effort from Sulley Mohammed over the post.

The save from the latter forced an injury to the goalkeeper, who was later replaced.

Percious Boah, forced substitute goalkeeper Omar Lawali to make a save in the 39th minute after a great control and a powerful strike with his left foot.

Percious Boah again came close in the second half in the 56th minute but his freekick rattled the crossbar to the relief of the Nigeriens.

The Black Satellites later had a goal ruled out as offside in the second half of extra time. Coach Karim Zito brought on goalkeeper Emmanuel Essu for Danlad Ibrahim as penalties approached. The game travelled beyond 120 minutes with no goal from either side throwing the two teams into a penalty shootout.

Techiman Eleven Wonders midfielder Abdul Mugeese Zakaria had a very busy afternoon dictating play and pushing the opponents into their half in search of space. But none of his efforts translated into goals as referee Tanislas Ahomlanto blew his whistle for the end of the game.

In the shootouts, Emmanuel Essu, Abdul Mugeese Zakaria, Percious Boah, Suleymana Mohammed and Frank Boateng converted for Ghana to send us through to the finals.

The last time Ghana qualified for the African Youth Championship was in 2015.