We Shall Work With NDC Minority In Parliament – John Boadu 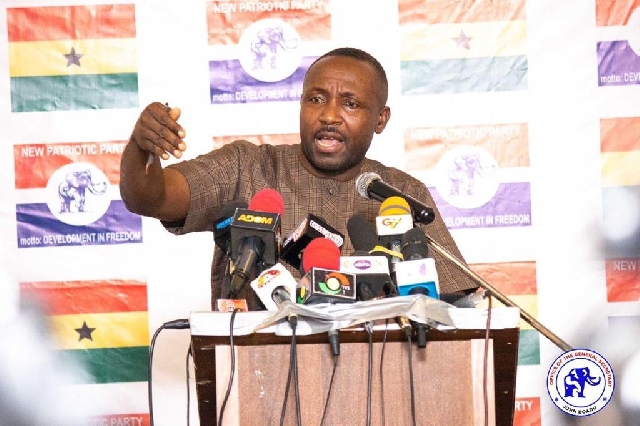 The General Secretary of the ruling New Patriotic Party (NPP) John Boadu says the party is ready to work with the minority side of the opposition National Democratic Congress (NDC) in the eight Parliament.

According to him, it is untrue that the NDC had won majority in the just ended parliamentary polls, saying “We shall work with the minority for the interest of the country.”

Speaking at a press conference held at the party’s headquarters in Accra on Tuesday, Mr Boadu said per the declaration of parliamentary results by the Electoral Commission (EC), the supervisory body of elections in the country, the NPP is leading with 137 parliamentary seats, followed by the NDC with 136 seats, and a seat for an independent candidate.

He said even with the Sene West seat, which is in contention, the NPP is hopeful of winning it.

Mr Boadu said, it is therefore surprising that even with declared and published results from the EC, clearly stating who is having majority in Parliament, the NDC continues to claim majority in parliament.

John Boadu expressed his disappointment with the NDC, saying no amount of whining on the part of the opposition National Democratic Congress (NDC) will change the outcome of the 2020 elections results.

According to the party, the NDC has no case crying foul over the results declared by the Electoral Commission (EC) and that if they have any issues with the declared results, they should use the appropriate channels to seek redress.

Both the NDC and NPP are claiming majority in parliament in the just ended parliamentary polls.