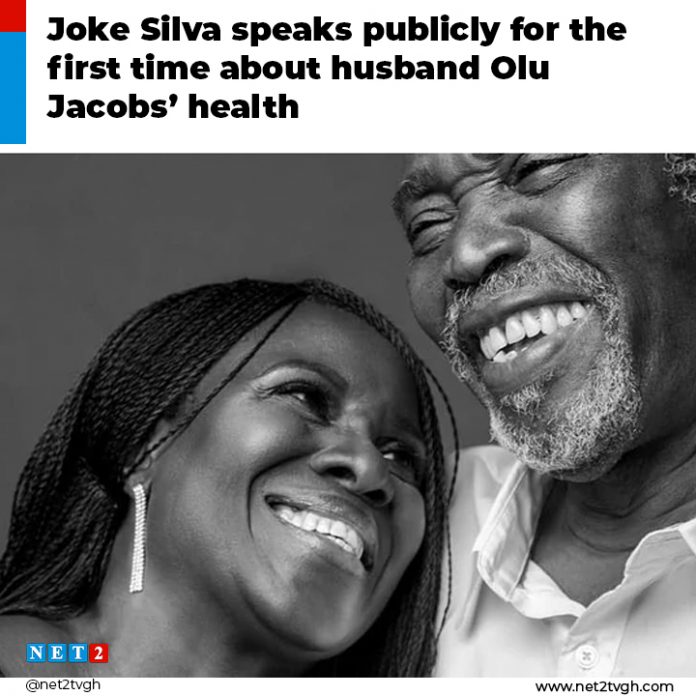 Nollywood veteran Joke Silva has for the first time spoken about the health of her husband, Olu Jacobs.

The movie star in a chat with Chude Jideonwo revealed that her husband has been battling dementia.

“He is dealing with issues and it is been going on for a couple of years. It is known as dementia with lewy body,” she said.

The actress revealed that this was the first time she would be talking about her husband’s health in public.

“First time I’m saying this publicly… that is what we have been dealing…but the thing is, it is hard on him because he doesn’t understand what is going on and it is hard on us family members as well,” she added.

Jacobs has been off the public space for a while leaving speculations about his health.

His family had to put out a statement after rumours of his death filled social media.

He, however, made an appearance at the recently held Afriff awards, where he won the Lifetime Achievement award.