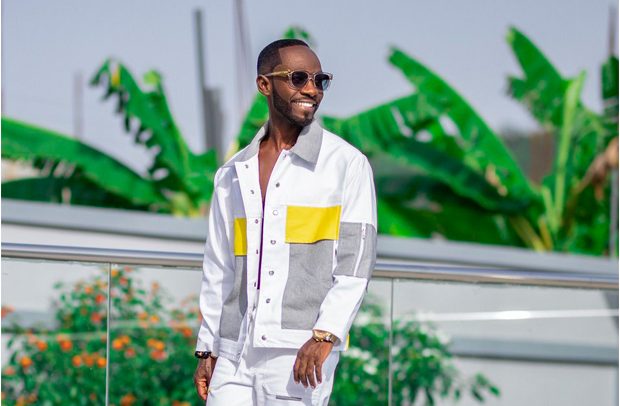 Popular Ghanaian hiplife/highlife artiste, Kwame Nsiah-Appau, also known as Okyeame Kwame, has been unveiled as Climate Clock ambassador at the launch of the Climate Clock campaign in Africa held at the City Triangle in Accra.

Ghana is the first country in Africa to launch the Climate Clock initiative in the ongoing Global Change campaign and the next will be Nigeria. This is not the first time Okyeame Kwame is fronting such a worthy cause.

At the ceremony which was attended by the Chief Executive of Ghana Tourism Authority (GTA), Akwasi Agyemang, the Mayor of Accra, Mohammed Adjei-Sowah, Okyeame Kwame was tasked by Climate Clock, a global climate initiative, to lead a tree-planting campaign in Ghana which is expected to kick off very soon.

Speaking at the launch, Okyeame Kwame, who promised to push the message of Climate Change across the country, indicated that it is about time people took up the Climate Clock initiative and also assume leadership roles to enhance the conversation about climate change.

The ‘Made In Ghana’ hitmaker revealed plans of using his social media platforms and all other mediums to make people know the clock is ticking.

He, therefore, advised the general public to plant at least one tree in their homes and keep their environment clean.

Ever since Okyeame Kwame joined the local music industry as a performing artist, he has become an iconic figure for corporate Ghana.

He has so far become a brand ambassador for MTN Group, GT Bank, and Coca-Cola in Ghana, aside from being appointed the public relations officer of the Musicians Union of Ghana (MUSIGA) from 2012 and the Ghana Music Rights Organisation (GHAMRO) in 2014.

In 2015, he was appointed as an ambassador for the ‘My African Union, My Voice’ campaign launched by the African Union in Addis Ababa as part of the activities of the ‘State of the Union’ (SoTU) – a Pan-African Civil Society Organisations project.

In the same year, he was appointed ambassador for the Junior Boys Mentoring Conference, a youth-focused non-governmental initiative in Accra which seeks to equip young people with the necessary knowledge and skills that will enable them to tackle challenges as they come into contact with the outside world.

Kwame has also collaborated with MDS Lancet Laboratories on his hepatitis B project, vaccinating more than 10,000 Ghanaians.

The screening exercise is aimed at creating public awareness about hepatitis B, which has become rampant among Ghanaians.

In 2020, he was appointed Ambassador for Technical and Vocational Training (TVET) by the Ghana Education Service with the responsibility of promoting the preference of TVET among Ghanaians.

Kwame released his first solo album ‘Boshe Ba’ (Promised Child) in 2004, just after the breakup of the Akyeame band. He followed in 2008 with ‘Manwesem’ (My Poetry) and in 2011 with ‘The Clinic’, launched at the Aphrodisiac Night Club in Accra. In 2012, he launched ‘The Versatile Show’.