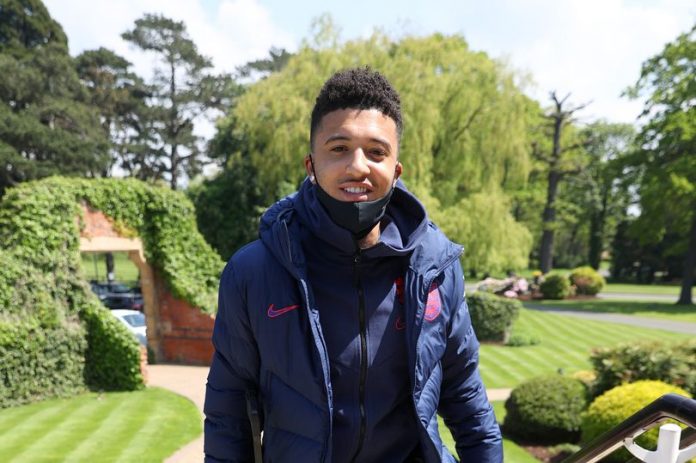 Manchester United will continue to scout a number of transfer targets at the rescheduled European Championship this summer.

The major international tournament begins next week when Italy host Turkey in the opening match of Group A at the Stadio Olimpico in Rome.

United are continuing to work on reinforcing their squad after manager Ole Gunnar Solskjaer attended their latest recruitment meeting last week, however there is a feeling that many players are effectively putting their club futures on hold ahead of the Euros.

Discussions with Jadon Sancho’s representatives were on hold until the Bundesliga season ended, with he and fellow target Declan Rice both away with the England squad preparing for their Euro 2020 warm-up friendlies. Raphael Varane has similarly joined up with the France squad ahead of the tournament.

MEN Sport understands fellow defensive option Pau Torres has no plans to discuss his future ahead of representing Spain this summer, with sources close to the player reiterating any move will likely take place late in the window.

Speaking last month England manager Gareth Southgate admitted he was not expecting any deals to take place for his players while they are still involved in the tournament.

“It’s very unlikely that transfer deals will be done while we are away,” he said. “It’s different when we meet up in September and I’m very realistic that you can’t stop phones ringing, but most deals will be done at the end of the tournament or in the first week before it starts.

“I would expect most deals in terms of our players to be done after the tournament.”

Solskjaer has already stressed the need for United to improve their squad if they are to challenge for the Premier League title next season, with a minimum of three first-team signings targeted.

However, while there is a desire to get deals done quickly this summer United have often struggled to do their business early in recent windows.

Aaron Wan-Bissaka and Daniel James are exceptions having both been signed by the start of July in 2019, while club captain Harry Maguire was not unveiled until the club had returned from their pre-season tour at the beginning of August.

United have an interest in Varane, Sancho, Rice and Torres this summer, while Solskjaer is still refusing to rule out a move for a striker even after Cavani’s contract extension last month.