Rhythms On The Runway to honour Pat Thomas & RMD 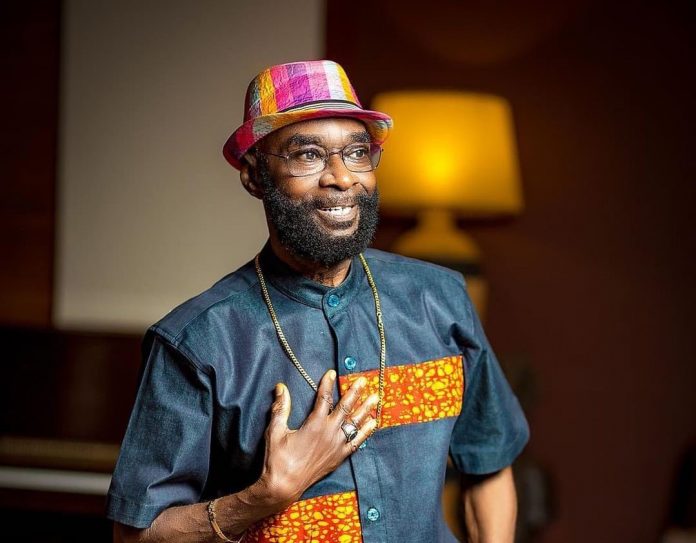 The 2021 edition, scheduled for December 4, in the Grand Arena, is themed “The Masquerade,” to urge everyone to keep wearing their face masks while the world gradually returns to normalcy following COVID-19. It is also aimed at commemorating the times, demonstrating humanity’s resilience once again by fashioning the circumstance and maybe harkening back to a period when a Masquerade ball was the thing.

Organized by KOD’s Nineteen57 Event, there will be top designers from Ghana and the African diaspora who will display at the event, including Senyo Foli, Katie O, Details by Neyomi, MUDI, Jesu Segun, Nadrey Laurent, Pernia Couture, Nineteen57, Gloria Sarfo, and Attoh Andoh.

“RODR has over the years given honour to whom honour is due. This year we will salute two icons of the creative arts.

“For decades of his contribution to the African creative arts industry and for his unwavering loyalty to African fashion, the amazing Richard Mofe Damijo (RMD) is an award recipient this year. Our second and by no means least honouree is a legend who has given in excess of five decades of his life to the music industry and has been a great supporter of the RODR dream right from its inception. The great Pat Thomas, the man who owns the Golden Voice in Africa is our second honouree. This event is built on shoulders like these and as they both celebrate milestone anniversaries this year, we join in the very well-deserved applause and immortalise them for the work they have done,” she stated.

MCs for the event will be Joselyn Dumas and Sika Osei, with a special presentation by Nathaniel Attoh.